Skip to content
The Significance of Numbers in Scripture 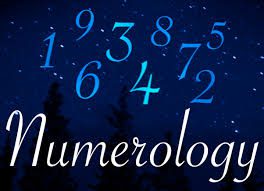 In sacred Scripture numbers usually have more significance than their quantitative indicators. More often than not even when a number is used to indicate a certain quantity the individual number given may point beyond the numerical value to a symbolic significance. At other times the number given is not to be taken literally and may represent an approximate value, a symbolic value, or may indicate the use of hyperbole—an exaggeration or amplification to illustrate a teaching point in the Biblical text. For example:

In addition to the study of the symbolic significance of numbers in Scripture, there is also the study of the number equivalents of alphabetical symbols and numerical value of the words formed by the letters, which is known by the Greek word gematria. The Hebrews, Greeks, Romans, and many other ancient peoples used their alphabets for numbers. The Hebrews used all 22 letters of their alphabet plus 5 finals. The Greeks used a 24 letter alphabet and 3 additional finals. The Romans only used 6 letters of their alphabet and their combinations to form numbers: I= 1, V = 5, X = 10, L = 50, C = 100, D = 500. The number 1,000 was formed by two D’s (combined to form an M like figure). The Apostle John, writing during the time of the first great Roman persecution of Christians, recorded in the Book of Revelation that the number of the Beast was 666. Most ancient MSS (hand-written manuscripts) of the book of Revelation record 666 as this significant number while others manuscripts record the number as 616. Is it a coincidence that all the Roman numeral added together total 666 (excluding the symbol for 1,000 which was not a separate letter/ number but two “D”= 500 placed back to back)? Is it also a coincidence that the gematria for Neron Caesar (an alternate Hebrew spelling of the Emperor’s name in wide use in the 1st century AD) totals 666 while the Greek spelling of Nero Caesar totals 616? Six is the number of the beasts and of man (both created on the 6th day). It is also the number which is symbolic of man’s nature to rebel against the sovereignty of God.

According to ancient tradition each number has significance, for example:

The study of the significance of the use of numbers in Scripture requires a lifetime of study and reflection, but a brief summary of some of the most significant numbers may be enough to wet one’s appetite for future study.

ONE: In sacred Scripture “one,” ehad, in Hebrew, represents unity and is the quintessential number of monotheism, the worship of one God.


TWO: This number can mean difference, division or double portion.


THREE: In sacred Scripture the number three represents that which is solid, real, substantial, and something in its completeness. This number usually indicates something of importance or significance in God’s plan of salvation by identifying an important event in Salvation History. This number operates as a “sign-post” in Scripture study for the reader to “pay attention” to the significance of the next event.

In the Old Testament:


In the New Testament:


FIVE: This is the number of power and Divine grace.

SIX: Both man and the serpent were created on the sixth day, therefore, the number six represents both man and rebellion. In the Greek alphabet the number six is not represented by an alphabetic letter but is instead represented by a symbol called the “stigma.” In Revelation 13:18 the number of the Beast is written not as 666 but is instead is written with the Greek symbols for 600 and 60 and 6. In his book Numbers in Scripture, E.W. Bullinger observes that these three symbols correspond to first and last letters of the Greek word for Christ = CHRISTOS, with the symbol of the serpent in between the two other numbers of 666 [see Numbers in Scripture page 49]. Perhaps this arrangement can be seen to be Christ the Messiah crushing the serpent as God told the serpent in Genesis 3:15: I shall put enmity between you and the woman, and between your seed and her seed; he will crush your head and you will strike its heel.

SEVEN: Spiritual perfection and fullness or completion. It is the number of Covenant and of the Holy Spirit.


Seven is a significant number in the natural world: