Training Children to be Cannibals

Proverbs 22:6 “Train up a child in the way he should go: and when he is old, he will not depart from it”

Scripture is clear! Training or instructing children in the ways of God according to what HIS word says is NOT a request. You are responsible for their upbringing. Why do you think the Gospels record Jesus saying this: Luke 17:2 “It were better for him that a millstone were hanged about his neck, and he cast into the sea, than that he should offend one of these little ones.”

What one generation allows in moderation, the next will practice it in excess! There are many variations of the quote out there (I don’t know who first coined it, but this is my variation of it) and it is true. 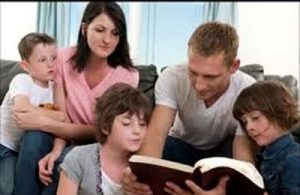 Sadly, parents, Christian Parents included, (I failed miserably because I was not brought up correctly) are NOT heeding scripture and instead are training them up in the ways of the world. Secular humanism, selfishness, sexual perversion, drug and alcohol abuse, Occultism, witchcraft, Satanism, false Biblical teaching, you name it! Opposition to the Word of God has become normal, and as I always quote: Isaiah 5:20 “Woe unto them that call evil good, and good evil; that put darkness for light, and light for darkness; that put bitter for sweet, and sweet for bitter!”

Please that note that the “family” consists of a Father, Mother and Children. NOT two Homosexuals, NOT two Lesbians! Also note the Girl is a Girl and the Boys are Boys, NOT  transgender or gender neutral! It is NOT the job of the Church to instruct your child! It IS your responsibility!

Here is what people are watching and also allowing children to also watch.

Hollywood Reporter: Skin Flicks at Cannes: What’s Up With All the Cannibal Movies?

Pause for a moment and read this from the New American: American Children Killing Themselves at Record Rate

Cannibal Video Games your Child may be subject to. WARNING!! Graphic and very sick!

Vampirism, Drug and Alcohol abuse is a big problem and is part of the Cannibal cult. I do not want to go into what is already written and posted on this website about Vampirism. I do have hundreds of news headlines of people trying to eat people alive that have not been posted!  here are just a few.

NY Daily News: Elderly woman dies after getting gnawed to death by caretaker. Woman was drunk and probably on drugs too!

Daily Mail : German cannibal who ate his gay lover with his permission describes how he went about killing and eating him  The same demons that cause Homosexuality will resort to cannibalism and invite cannibal demons to come in!

The Sun: Demonic cannibal killer growled ‘there’s no girl here’. Landlady found him ‘eating’ shop worker after shoving a screwdriver in her face!  This man was on prescribed drugs!

The Sun: Cannibal woman tried to eat friend’s face. Bit boyfriend and police officer in drug-fuelled rampage!  Another problem is the drug abuse and the potent synthetic drugs on the streets.

As stated in part one, Cannibalism is mentioned in the Bible.

Cannibalism is mentioned in the Bible. Although there is no direct statement such as, “Thou shalt not eat human flesh,” the obvious indication from Scripture is that cannibalism is a terrible evil.

After the global flood, God gave Noah permission to eat meat. “Everything that lives and moves about will be food for you. Just as I gave you the green plants, I now give you everything” (Genesis 9:3). However, God specifies that the “food for you” does not include fellow human beings. People are treated much differently from animals: “Whoever sheds human blood, by humans shall their blood be shed; for in the image of God has God made mankind” (Genesis 9:6).

Cannibalism is mentioned several times in Scripture (Leviticus 26:29, Deuteronomy 28:53-57, Jeremiah 19:9; Lamentations 2:20; Lamentations 4:10; Ezekiel 5:10), but in each case, the practice is regarded as a horrible curse and inhuman act of desperation. Moses and other prophets predicted that, if the Israelites forsook God, they would fall into such awful degradation as to cannibalize their own children. These harrowing prophecies were fulfilled during the siege of Samaria during the reign of King Jehoram (2 Kings 6:28-29). Cannibalism was the physical horror which accompanied the spiritual horror of apostasy.

Cannibalism has been ritualized in some pagan cultures as part of a religious ceremony or cultural superstition. Thus, not only is the act itself wrong, but also the reason behind the act is wrong. For example, some people groups would eat the flesh of dead family members, believing that doing so would allow the spirits of those who had died to live on. Such cannibalistic rites have no biblical justification. The Bible teaches that the spirit does not remain in the body, nor does it wander around at liberty. A spirit either goes to be with the Lord immediately upon death (2nd Corinthians 5:8) or goes to hades to be kept until the judgment (Luke 16:19-26; Revelation 20:11-15).

Murdering someone in order to cannibalize him (homicidal cannibalism) is undeniably wrong. But what about cannibalizing someone who is already dead (necro- cannibalism) in order to prevent starvation? This is not an entirely hypothetical question, as “survival cannibalism” has indeed occurred. Those who have resorted to cannibalism to stave off starvation include the Donner party in 1846 and the survivors of a 1972 plane crash in the Andes. However, given the Bible’s wholly negative portrayal of cannibalism, it would seem that self-preservation cannot justify such barbarism. Even in the direst and most desperate circumstances, cannibalism should not be a consideration.

In summary, while Scripture gives no explicit command against cannibalism, from the beginning (Genesis 1:26-27) God made it clear that mankind is unique and distinct from the animal kingdom. Mankind, created in God’s image, has a value and honor above that of animals. The Old Testament closely associates cannibalism with the final stages of judgment from God, thus marking it as a loathsome and evil practice. Source: Got Questions

The Religious are TRAINED to be Cannibals!

All practicing devote Catholics and Roman Catholics ARE Cannibals according to their beliefs and customs. As was stated before, the majority of the Cannibal Murderers are of the Catholic faith, or at some point in time were Catholics. Babies are ignorantly “baptized‘ into the Catholic Church by their parents.

What they do not realize is they are securing and reaffirming the curses that are handed down from generation to generation! Demonic spirits indwell every person that takes part it the false doctrine of Transubstantiation that is doctrine of the Roman Catholic Church, the Catechism of the Catholic Church! It should also be noted that other Protestant denominations also adhere to the idiocy of the Eucharist.

Examples are John 6:32-58; Matthew 26:26; Luke 22:17-23; and 1st Corinthians 11:24-25. The passage pointed to most frequently is John 6:32-58 and especially verses 53-57, “Jesus said to them, ‘I tell you the truth, unless you eat the flesh of the Son of Man and drink His blood, you have no life in you. Whoever eats my flesh and drinks my blood has eternal life … For my flesh is real food and my blood is real drink. Whoever eats my flesh and drinks my blood remains in me, and I in him … so the one who feeds on me will live because of me.’” Source: Got Questions See more on the Eucharist here.

1st Corinthians 11:27-32 Wherefore whosoever shall eat this bread, and drink this cup of the Lord (take communion), unworthily, (not being Born Again and having your FAITH exclusively in Jesus Christ and NOTHING else) shall be guilty of the body and blood of the Lord. (will be judged harshly) 28 But let a man examine himself (see if there is any confessed sin or if your faith is somewhere else), and so let him eat of that bread, and drink of that cup. 29 For he that eateth and drinketh unworthily, eateth and drinketh damnation to himself, not discerning the Lord’s body. (what he did for you on the Cross) 30 For this cause many are weak and sickly among you, and many sleep (die prematurely). 31 For if we would judge ourselves, we should not be judged. 32 But when we are judged, we are chastened of the Lord, that we should not be condemned with the world.

I can say without fear of contradiction that Catholic Priests do not tell the flock of the dangers because the Roman Catholic Church has totally perverted this very meaningful act.

Catholicism does not believe in the True Gospel of Jesus Christ and therefore is in darkness and is unrighteous!

How to be Born Again