If they can do this, just think what else the Eugenicists can do!

PEOPLE Become THE PLAGUE: Bill Gates Developing Needle-Less Vaccine That Spreads Like A Virus To The Unvaccinated 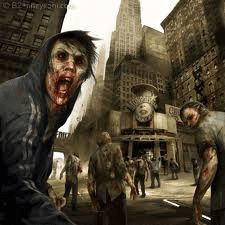 The goal is to create a vaccine that people “catch” without their consent, and without the need for any injections.

New research funded by the U.S. National Institutes of Health (NIH) and the Bill & Melinda Gates Foundation aims to develop a needle-less vaccine that can spread like a virus rather than have to be injected, leaving no way for anyone to remain unvaccinated.

The goal is to create a vaccine that people “catch” without their consent, and without the need for any injections. The vaccine would be passed from one person to the next like a cold, in other words.

A paper on the subject claims that contagious vaccines will be slightly less deadly than traditional injections, “but not non-lethal: they can still kill.”

“Some people will die who would otherwise have lived, though fewer people die overall,” it further explains. “The other issue is there is no consent (for vaccination) from the majority of patients.”

Those in support of the concept say it is no different than artificial water fluoridation, which involves mass-medicating of the general public with a drug that supposedly prevents tooth decay.

Like fluoridated water, needle-less vaccines would be administered by force using methods that leave people unable to opt-out.

“Nobody is asked whether they give consent, even those who disagree with it,” says Prof. Dominic Wilkinson, a medical ethics specialist at the University of Oxford who apparently supports the idea.

“Instead, we entrust elected officials to examine the likely health benefits and make decisions based on the evidence. I don’t think that there is anything intrinsically different when it comes to the idea of self-spreading vaccines.”

Self-spreading “vaccines” could easily be turned into bioweapons, warns scientist

All of this is music to the ears of Bill Gates, who has been working diligently for decades to force-vaccinate the entire planet through any means possible.

Gates has long promoted any and all vaccines, including Wuhan coronavirus (Covid-19) injections which he intends to pair up with subcutaneous quantum dot technology. This concept has parallels with the “ Mark of the Beast” concept outlined in the biblical texts.

“Such a self-spreading weapon may prove uncontrollable and irreversible,” warns Dr. Filippa Lentzos, a senior lecturer in science and international security at King’s College London.

Prof. Jim Bull, an infectious diseases expert at University of Idaho who monitors developments in transmissible vaccines, has said that it still remains unclear whether or not self-spreading vaccines are even possible.

“The big hurdle right now is knowing whether we can make them,” he is quoted as saying.

The Department of Health and Social Care at Bull’s school told Good Health that no trial for any self-spreading vaccine “would take place without undergoing stringent regulatory and ethics approval.”

“If he did do this – I doubt this is true – I will go after him myself,” wrote one reader at Newspunch referring to Gates.

“I don’t doubt this at all,” responded another. “Just remember, Gates is one who also once was a big fan of massive world depopulation.”

Someone else wondered at the ease with which monsters like Gates just continue to unveil death device after death device, all cloaked as things that supposedly help to “save lives.”

“Let me put it this way: I am sure the elites would love to make a bug that will cause harm to others without fail, but God made the human body with an awesome, powerful immune system that is a very hard nut to crack if your body gets what it needs nutrition-wise,” said another person offering a glimmer of hope.