Mark Of The Beast In Our Faces:  ‘No Man Might Buy Or Sell, Save He That Had The Mark’……..Or A ‘Vaccine’ Passport – The Most Disturbing Part Of This Is They Are Not Even Trying To Hide Their Attempt To Force The Mark On Americans 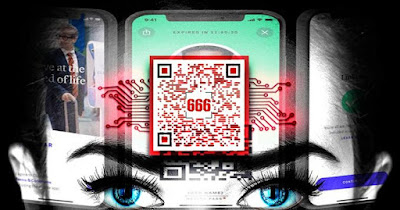 Revelation 13:17 – “And that no man might buy or sell, save he that had the mark, or the name of the beast, or the number of his name.”

We were warned back in 2020 that while Big Brother wouldn’t physically force the COVID vaccine on the population, the fact that airlines, sports events and other places were groups gather, would require proof of ‘vaccination’ before allowing entry, was a huge red flag over where this was all going.

In February the European Union decided to have “digital verification passports” in order to travel, and again, Revelation 13:17, shown above, blared like flashing neon light to those that knew this day was coming.

Greece, Spain and Italy, Germany, and Israel are just some nations that will require the “mark” aka proof of vaccination in order to do a variety of things. 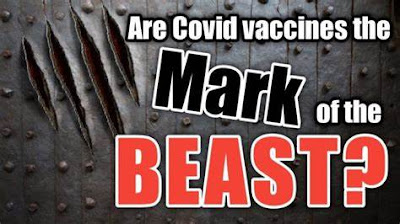 ‘ MARK OF THE BEAST’ BATTLE IN AMERICA

Revelation 14:11 – “And the smoke of their torment ascendeth up for ever and ever: and they have no rest day nor night, who worship the beast and his image, and whosoever receiveth the mark of his name.”

It is now March 2021, and there is a battle raging throughout America over the much-talked about “vaccine passport,” which would allow Americans “access to certain activities, buildings or events,” as reported by The Hill:

Requiring vaccine passports could allow industries that have been closed off for much of the past year to reopen while minimizing the risks of spreading the virus. And proponents say virtual passes would speed up the verification process.

In New York, which last week became the first state to formally launch a virtual pass, the voluntary information is being touted as helping the state boost businesses that faced some of the toughest restrictions during the pandemic.

It is noteworthy that the excused being used as well as the threat of forcing businesses to stay closed is that reopening with a “vaccine passport” would risk a rise in cases of COVID, yet Texas has reopened totally, schools in session and their infection rate has not risen because of the reopening, without the Mark of the beast aka the “vaccine” passport.

The COVID cases in Texas have actually declined. That decline has the so-called scientists that predicted a new “surge” in cases if Texas reopened, scratching their heads bewilderment.

Back to the battle raging between those that favor the Mark of the Beast aka Democrats and those battling against the vaccination passports aka Republicans.

New York’s Excelsior Pass, created in partnership with IBM, allows people to show if they have been vaccinated before attending events where proof is required.

Connecticut Gov. Ned Lamont (D) on Monday signaled his state may launch a similar pass in the coming months.

“I think it’s a little premature, only in that not everyone has the vaccine available to them yet. But I like to think within a month or two when broadly available, I think you will see some type of vaccine passport or validation … probably led by the private sector,” Lamont said at a press briefing.

DeSantis vowed on Monday to take executive action this week to ban the passes.

“It’s completely unacceptable for either the government or the private sector to impose upon you the requirement that you show proof of vaccine to just simply participate in normal society,” he said at a press conference.

South Dakota Gov. Kristi Noem (R) slammed the Biden administration for “one of the most un American ideas in our nation’s history,” even though the administration has yet to provide any guidance on the matter.

“The @joebiden #CovidPassport proposal is one of the most un American ideas in our nation’s history. We as Americans should oppose this oppression,” Noem tweeted Monday night.

Congressional Republicans have also joined the chorus of criticism.

Rep. Lauren Boebert (R-Colo.) tweeted that “Vaccine Passports are unconstitutional,” while Rep. Jim Jordan (R-Ohio) used it as a chance to ramp up criticism of President Biden’s immigration policy.

A comment on that piece over at The Hill stated :”This is a giant step to the mark of the beast. You must take the mark to buy or sell. We are now fulfilling prophecy marking signs of the end of time. The Bible has said this will happen, and now we see it in real time.”

Conservatives by and large have made it clear that this will not just be used sparingly during the pandemic, but that everyday purchases from stores, grocers, and other retailers would soon require the “Mark” (passport) in order to do any business at all.

Even RINOs (Republicans In Name Only) such as Justin Amash, are pushing back against the media propaganda regarding these passports, stating “Let’s get the terms clear: A ‘vaccine passport’ is not ‘what we already do.’ It’s not proof of vaccination for internat’l travel or schooling. It’s proof of vaccination for everyday living—groceries, restaurants, movies. It’s disingenuous to conflate the former with the latter.

Conservative firebrand congresswoman Marjorie Taylor Greene has made it very clear that this no less than “Biden’s Mark of the beast” the Bible warned of.

A very short video below:

Revelation 13:16-18 – “And he causeth all, both small and great, rich and poor, free and bond, to receive a mark in their right hand, or in their foreheads.”

This may sound a little petty, but I am going to point it out anyway.

It is no surprise that the party of baby killing (abortion) and anti-religion are the ones pushing for the “ Mark of the Beast” to be forced on Americans, while the party that fights for religious freedom, is screaming warnings from the rooftops

Do we use the term “evil” just because they are a Democrat? No.

• It is their support for abortion

• The way liberals use the courts to attack those of faith.

• Care more for their “feelings,” that what is right or wrong,

• They see themselves as superior to those that believe in the biblical word.

• Fight against free speech and freedom of religion.

• They believe the bible, like the U.S. constitution, is an antiquated concept.

Via the American Thinker, September 2019:

The United States “is a Christian nation.” These words seem shocking today, but they were part of the 1892 Supreme Court decision in Church of the Holy Trinity v. United States.  They were penned by Justice    David J. Brewer as he wrote for the majority.

Find a liberal, anywhere, online or off, and say “America is a Christian nation,” and was founded that way, as the constitution and bill of rights also addressed religion, freedom to worship in the manner we believe, and that liberal will argue the point, or have a literal temper tantrum while refusing to listen at all to an opinion they do not agree with.

What word other than evil can be used to describe many of these people (not all, some just have a different ideology)?

There is no other way when reading the Biblical verses referring to the Mark of the Beast to not see these controversial “vaccine passports” as anything other than the Mark we were all warned of.

The most disturbing part of this whole issue is that they are not even trying to hide the fact that they want to force the mark on people anymore.