Those with highest psychopath scores were among the greatest fans of Blackstreet hit No Diggity, with Eminem’s Lose Yourself also rated highly 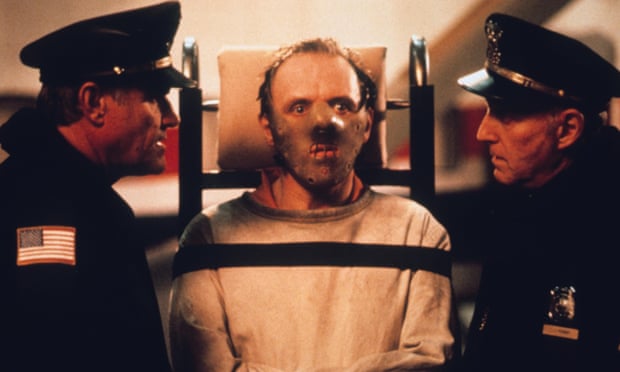 The Guardian – Contrary to the movie trope epitomized by Alex in A Clockwork Orange and Hannibal Lecter in the Silence of the Lambs, psychopaths are no fonder of classical music than anyone else, though they do appear to have other musical preferences, psychologists say.

In a study of 200 people who listened to 260 songs, those with the highest psychopath scores were among the greatest fans of the Blackstreet number one hit No Diggity, with Eminem’s Lose Yourself rated highly too.

The New York University team behind the work stress that the results are preliminary and unpublished, but the scientists are sufficiently intrigued to launch a major study in which thousands of people across the psychopathy spectrum will be quizzed on their musical tastes.

Tests on a second group of volunteers suggest the songs could help to predict the disorder. Whatever their other personality traits might be, fans of The Knack’s My Sharona and Sia’s Titanium were among the least psychopathic, the study found.

The researchers have a serious goal in mind: if psychopaths have distinct and robust preferences for songs, their playlists could be used to identify them.

“The media portrays psychopaths as axe murderers and serial killers, but the reality is they are not obvious; they are not like The Joker in Batman. They might be working right next to you, and they blend in. They are like psychological dark matter,” said Pascal Wallisch who led the research.

About 1% of the general population meets the description of a psychopath, but the figure is far higher in prisons, where about one in five has the disorder. One estimate, from Kent Kiehl, a psychologist at the University of New Mexico, suggests that psychopaths cost the US government alone $460bn (£340bn) a year.

“You don’t want to have these people in positions where they can cause a lot of harm,” said Wallisch. “We need a tool to identify them without their cooperation or consent.”

Scientists have already found gene variants that are more common in psychopaths, but they are hardly predictive of the disorder. They appear to alter people’s tendencies for empathy and aggression, but they do not determine people’s actions. Brain scans highlight distinct signs too, as the neuroscientist James Fallon discovered when he spotted the patterns of a psychopath in his own brain’s anatomy, but again, these do not set a person’s behaviour. Even if they did, the police cannot search for dangerous individuals by hauling people into brain scanners.

Wallisch recruited volunteers for a study on musical tastes, but realised that many of the participants had separately sat a battery of psychological tests, including one called the Levenson Self-Report Psychopathy Scale, which ranks people’s psychopathic traits. By combining the volunteers’ answers from the music study with their results from the psychopath test, Wallisch identified songs that seemed to be most popular among psychopaths, and others favoured by non-psychopaths.

While No Diggity and Lose Yourself were strikingly popular with psychopaths, other songs had greater predictive power. Wallisch declined to name them out of concern that doing so might compromise any future screening test.

Read more at the Guardian