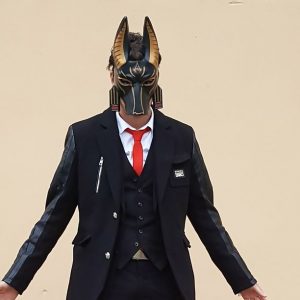 Matteo Valdambrini, reportedly known as “The Devil” has been accused of leading a Satanic cult and convincing minors to perform sexual acts with him by telling them they would receive supernatural powers

A sick university student has been arrested for allegedly sexually abusing kids and forcing them to eat meat, claimed to be from humans.

Matteo Valdambrini led a Satanic cult and referred to himself as “The Devil” – he was arrested in the province of Prato, in the northern Italian region of Tuscany after the vile allegations came to light.

Valdambrini, who is known as “Il Diavolo” in Italian has been charged with 13 counts of sexual violence, slavery and having images of child abuse.

He is accused of leading a sect and convincing members to perform sexual acts with him by telling them they would receive supernatural powers.

According to reports, he forced at least 13 young people, some aged 17, to suffer sexual violence in the forests of Prato between 2018 and 2019.

Local media report the suspect, who was studying at Firenze University, told his victims they had been chosen to save the world.

He reportedly selected his victims by looking for vulnerable people online and through word of mouth.

He is alleged to have created a “resurrection ritual” where he would be strangled by new members of the sect before pretending to be dead and then standing up as if resurrected.

He reportedly threatened his victims to stop them reporting the abuse and told one girl she had to have sex with him or her seven-year-old sister and parents would die.

The victims were reportedly told having sex with him could get rid of their demons.

Local newspaper Corriere report that on New Year’s Eve 2018, the victims were told to eat “human meat” he claimed to have bought from a man selling bodies in Florence.

See more at the source