The Cashless Society is here folks and the frogs are about to be boiled alive!

So if all the cash is gone, how are you going to pay for stuff! Most all sales and now done by debit or credit card now. All they have to do is make it mandatory and implement their draconian rules. 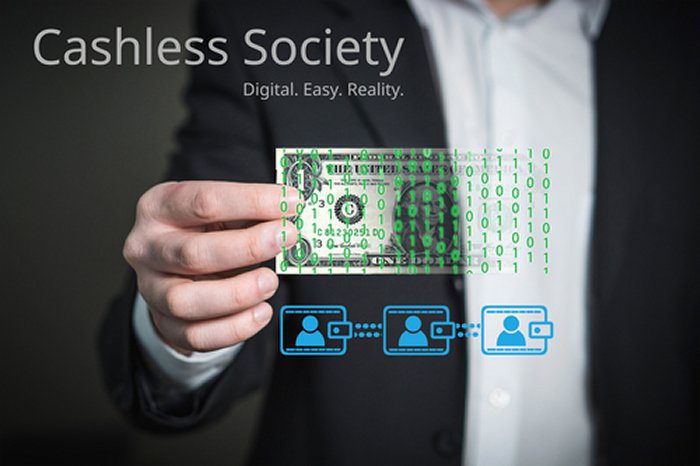 David Knight | Info Wars – The Federal Reserve sent out a notice that they’re stopping the printing of any paper currency “this holiday season.”  This is all due to the virus, of course, because any new money they print could be contaminated. Just keep using old, clean, used currency.

“I’ve talked about the money issue, the push for a cashless society.  Remember, they stopped minting coins this summer.  You’ve seen people begging for coins, businesses saying they’ll round up to the nearest dollar, or others saying they’re not going to accept cash at all anymore, which is what they want,” said David Knight.

He continued, “Now, a listener sent me a notice that was sent to a credit union saying,  ‘Federal Reserve has suspended orders for new bills in 2020.  During the holidays, members often request newly printed bills to give as gifts, unfortunately, this holiday season newly printed bills will not be available due to COVID-19.’  The Federal Reserve is using this as an excuse to do what they’ve wanted to do for years.”

The excuse offered is that by ceasing printing new currency, it helps to “meet demand.” Does that make any sense? Nobody ever accused the Federal Reserve of understanding supply and demand.  Maybe they understand it but don’t respect it.

“The rebellion is rising as people are finally catching on to the scam. But even though the rebellion is winning on some fronts we still have the Operation Warp Speed death star being built.  We still have other issues that are rolling out, the vaccines, the global ID, the war on the middle class, UBI, and the cashless society.”

“They say they’ll,  ‘do their best to accommodate requests for like new or gently used bills, but you might want to get a cashiers check, or take the digital route.’  Yeah, that’s what you really want to do, because we’re not going to print money anymore,” Knight concluded.

See a copy of the message from the credit union below which has been slightly altered to censor the name of the specific financial institution: