If you read this 10 Part Series Hillary Clinton’s Witchcraft, you will know why she has the book! Link to part 1 here, links to the remaining 9 parts at the end of this article.

The 2018 book, “Erotics,” by artist Lucio Bubacco, appeared in a photo uploaded to social media by the former First Lady as she announced her new podcast “You and Me Both.” 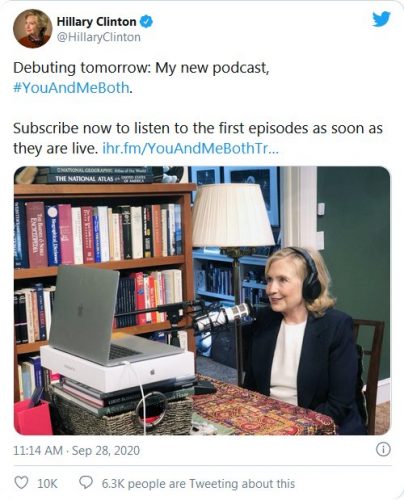 The book’s cover features a winged female demon with exposed breasts and high heels smoking from a long pipe.

Other works by Bubacco found via Google show a woman performing bestiality with a swan, two male devils fornicating, devils drinking cups of what appears to be blood and other glass art with satanic references. 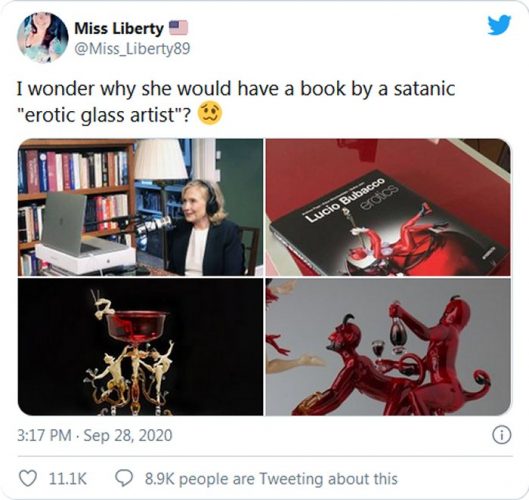 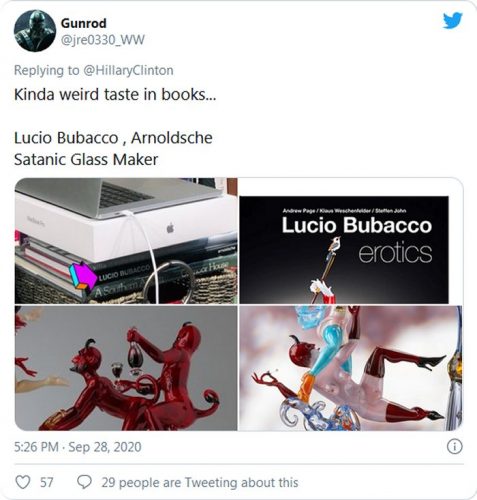 Nichols made the claim in a 2016 Infowars mini-documentary titled, “The New Clinton Chronicles,” which unfortunately is no longer available on YouTube.

“Bill told me that she was going out there, she and a group of women, and she would be a part of a witch’s church,” Nichols told Infowars. “Man, when Bill told me that, she could have hit me with a baseball bat. I tried to point out to him, ‘Do you realize what would happen if that got out?’ Of course my job was to make sure it didn’t get out.”

“Now I don’t know the day, if Hillary still partakes in the witch ritual, I don’t know that I even know what the ritual was. But for the better part of many years, Hillary would go quite often, whether it was regularly once a month, or maybe once every couple of months, she would go out on the weekend simply to be a part of it.”

Hillary was also tied to dark forces that same year by none other than HUD secretary Dr. Ben Carson, who during the 2016 RNC reminded everyone that Clinton’s mentor, Saul Alinsky, had dedicated his book “Rules for Radicals” to Lucifer.

The Squad? NO the Coven!