Has Israel to become first nation to implement Mandatory Mark of the Beast Technology?

Times of Israel – The Knesset on Monday passed a controversial law that will obligate all Israeli citizens to obtain biometric ID cards, with their personal information being stored in a national database. 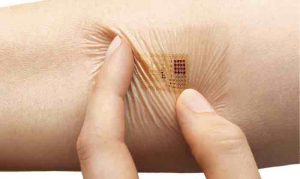 Proponents of the law say it is necessary to prevent ID theft. Opponents have argued the database would be vulnerable to hacking, and compromises citizens’ personal data.

The law was passed after a second and third reading in a 39-to-29 vote. It is set to go into effect on July 3.

The law requires all citizens to give high-resolution facial images to be stored in the national biometric database. They may, however, opt out of releasing their fingerprints to the database, though that information will remain on the card.

Those who refuse to store their fingerprints in the database will be required to renew their IDs every five years, rather than every 10.

The final text also mandates that fingerprint information can be stored in the database only for those 16 or older, up from 12 in previous versions.

Another key change is how much access police will have to the database. The police will not be able to use the biometric information until the Knesset passes more regulations on the issue.

The updated law also requires the National Cyber Bureau, a division of the Primes Minister’s Office, to look for an alternative to fingerprint technology every year and a half, rather than every two years.