Though admittedly, many lives have been saved or prolonged through organ transplants, yet, I have to wonder, at what cost? Most likely the majority of those organ recipients are not even aware of the changes that have occurred and indeed are occurring inside of them. I recently wrote an article titled “Ancient Boundary Stones” which clearly lays out why we were wrong to allow this door to open. Transplants, indeed the mixing of cells, should never have been allowed. I am totally convinced the small gain is not worth the high cost. Not only for the individual, but for society as a whole. When we start moving the boundaries and allowing new developments space to operate… we open a Pandora’s box. The forces of evil will drive men to take everything and any opportunity to the darkest extreme. I implore you to watch the videos and read the articles below. Listen to the HORROR that has already been created by all of these practices, and believe me we have only scratched the surface. The darkest days still lie ahead.

Patients from around the world have been flocking to China for transplants. The cost of a transplant in China is much cheaper than here in the states, but the main reason for the traffic is the abundance of available organs. Where is China getting those organs? Executed Prisoners. It has become quite profitable for China, and quite frightening for Chinese citizens. There is little or no justice in their justice system. Many people find themselves sentenced to be executed for little or no reason. Medical TOURISTS benefiting from this practice by obtaining an organ seem to have no problem with this system. I have heard horror stories of prisoners being kept alive as long as possible as their organs are removed one by one, as well as individuals being snatched off the streets and taken for organs. What is wrong with people? Is the fear of death so great that they will go to any lengths to prolong their life?

The Chinese don’t have a corner on the organ market. All over the world, the trafficking of human beings for their organs is epidemic. There is another group of people who voluntarily sell their organs out of desperation. As the world economics collapse people find themselves in desperate times. People who have few, if any options, are selling their organs just to feed their families. Out of the same desperation, others are stealing the organs from innocent people and leaving their victims to bleed to death.

​When the question of ethics regarding medical advances arise, people are generally fed a romaniticised version of the motivation for these advances. They are sold the sad story of how the suffering of innocents can be prevented or resolved, how the end results will be for the greater good, if we just allow them to proceed with their brave new experimental advances. No one ever thinks about the real consequences. No one wants to believe the worst. The truth is the worst is exactly where it is heading. Corrupt man, driven by evil forces WILL take everything to its ultimate evil end. I believe we are coming to that very day. The most evil day. The ultimate culmination of man’s evil inclinations. 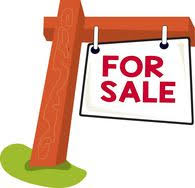 Inside the illegal hospitals performing thousands of black market organ transplants every year for $200,000 a time http://www.dailymail.co.uk/news/arti…-000-time.html

The Nasty Side of Organ Transplanting
http://www.organfacts.net/nso/

Organ Donation and Transplantation – is it a Good Idea?
http://au.figu.org/organ_donation.html 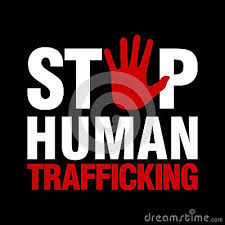 Body without her parents knowing. Spanish pathologists who carried out a post mortem on two-year-old Megan Jones replaced them with padding. Her parents found out the appalling truth only because they asked for a UK inquest when the little girl’s body was returned home. Megan’s mother Debbie Jones, 29, said: “I will never recover from the shock of losing my beautiful daughter. But what they did to her after from septicaemia following a severe infection. The British Consulate is trying to get wards was horrific.”Despite anguished phone calls and letters from the family, Spanish authorities are still holding some of Megan’s organs, almost five months after she died them returned. The case is far from an isolated incident, it emerged last night.In the past six months alone, four bodies have been returned from Spain with missing organs. The Foreign Office said the real figure is probably much higher, because most families do not demand a second Megan had a slight cold when she flew to Tenerife in April with her mother, nine-year-old brother, aunt and two cousins. On the first day she played happily on the beach and swam in the pool, but that night she began vomiting. The next morning, Megan was still unwell – so she was takento a nearby clinic by ambulance and given antibiotics. Her condition deteriorated, however, and she was transferred to the University Hospital in Santa Cruz, where she died on April 14. Miss Jones phoned her long-time partner, 27-year-old electrical engineer David Jones, who made arrangements to fly out. She said: “They asked me if I wanted to donate any of Megan’s organs for transplants. I said I would only make that decision after David arrived. “The doctors said they would keep her alive until he got here. I thought they were being kind by not letting Megan die before her dad could say goodbye. “Now I know they just wanted to keep the organs alive, that was all they wanted.”
Source:
http://www.dailymail.co.uk/news/arti…len-Spain.html

This is exactly the reason why they want to have abortion up to and beyond the day of birth. Infact, they want to declare that a baby is not a baby, until the parents declare it so. If a family tries it out for a few years and does not like it…THEY CAN KILL IT with no remorse or consequences. THAT IS INSANE!!! All the medical studies, the so called search for the cure, the “free” children’s hospitals; these are all a cover up and excuse for these MAD SCIENTISTS, Crazed Technicians, Evil Doctors and Nasty Nurses to have free reign to torture, mutilate, and murder living beings for their own sadistic, satanic, egotistical purposes. IT MUST STOP!


Now, don’t get me wrong. I am not saying that ALL “Scientists” or ALL medical people are evil. There are many loving and caring people in those fields. However, the ones who are in control are not among them. And if you check it out… you will find that many of the ones who are truly working for the good, are being killed off… check it out.