What is a Chimera? 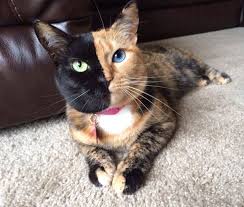 Once I had heard the story of the woman with the heart transplant I began to research, as I said. I found that there is actually a term for this phenomena. It is called a chimera.

Chimera
“A genetic chimerism or chimera (also spelled chimaera) is a single organism composed of cells from different zygotes. This can result in male and female organs, two blood types, or subtle variations in form.[1] Animal chimeras are produced by the merger of multiple fertilized eggs. In plant chimeras, however, the distinct types of tissue may originate from the same zygote, and the difference is often due tomutation during ordinary cell division. Normally, genetic chimerism is not visible on casual inspection; however, it has been detected in the course of proving parentage.[2]

Another way that chimerism can occur in animals is by organ transplantation, giving one individual tissues that developed from two genomes. For example, a bone marrow transplant can change someone’s blood type.” Source: Chimera (genetics) From Wikipedia, the free encyclopedia
This article is about genetic chimærism. For the cartilaginous fish, see Chimaera. For the mythological beast, see Chimera (mythology).

“Chimera, in genetics, an organism or tissue that contains at least two different sets of DNA, most often originating from the fusion of as many different zygotes (fertilized eggs). The term is derived from the Chimera of Greek mythology, a fire-breathing monster that was part lion, part goat, and part dragon. Chimeras are distinguished from mosaics, organisms that contain genetically different populations of cells originating from a single zygote, and from hybrids, organisms containing genetically identical populations of cells originating from a cross of two different species. Included among the different known types of animal chimeras are dispermic and twin chimeras, microchimeras, and parthenogenetic and androgenetic chimeras. (For information on the phenomenon in plants, see chimera.)” Source: Encyclopedia Britanica https://www.britannica.com/topic/chimera-genetics

There is a fascinating article twins and how they can become a chimera in the womb. From that article, I have pulled this quote:
“It is reasonable to conclude that chimeras literally are two people who have two spirits within the space of one body, though genetically occupying different parts of it.”One might assume that this would create a situation in which two streams of thought were battling in one body, and to some extent this might be actually true.” Source: The Spiritual Truth of Human Chimerism https://timenolonger.wordpress.com/2010/08/11/the-spiritual-truth-of-human-chimerism/

When I was first researching, that was what I found, that a chimera is actually two spirits inhabiting one body. That particular definition has been removed from the internet. But, that is exactly what occurs, and I am sure what they do not want you to know.
Once I learned about this phenomena, I wondered if people would consent to a transplant if they were aware that this was going to happen to them. I ask you, if you were terminally ill and told you that your life could be saved, but you would no longer be you, would you be willing to pay that price to prolong your life? 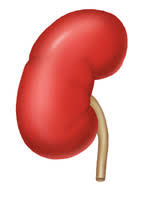 Once I learned about this phenomena, I wondered if people would consent to a transplant if they were aware that this was going to happen to them. I ask you, if you were terminally ill and told you that your life could be saved, but you would no longer be you, would you be willing to pay that price to prolong your life?

I began to talk to people about this issue. I thought that people should know. It is a funny thing, I almost immediately met a man who had just had a transplant. He said “funny you should mention that, I just had a kidney transplant. After my surgery, my wife said that I had become a different person. She said she did not even know me anymore, and she left me”. 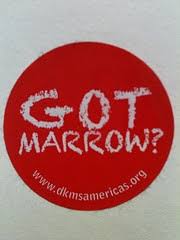 Not long after that, I met a man who had just had a bone marrow transplant. He said to me “funny you should mention that to me, I had a bone marrow transplant. When I did, my friends and family said I was not myself anymore. When I went back for my check up six weeks later, the doctor informed me that my DNA no longer existed. He said that all the DNA in my body currently, is a perfect match to the DNA of the donor.”. Now get a load of this! I ran a google query “where does blood originate?” and the following is the first response that appeared.

“The bone marrow is the soft material in the middle of bones. Special cells in the bone marrow make most of the blood cells in your body. Plasma proteins are made mostly by the liver. The water and electrolytes in plasma come from the food and water that you eat.” 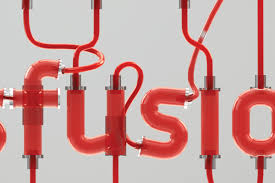 Sometime later, I developed a friendship with a man I met at work. We discovered that, besides the fact that we both love the Lord, we both like to write. One day he was talking to me about the book he was fixing to write. I told him that I was thinking about writing a book on this topic of Chimera and transplants. When I shared it with him, he said “ funny you should be telling me this. I was in a terrible accident and in a coma, I had had multiple blood transfusions, when I awoke, I immediately felt a war going on inside of me. I told my friends, there was this voice inside of me saying “we got to go out and drink and chase women and party because we do not have much time..” my friends said I was just using that as an excuse to do all the things I had never done before. (I should mention that my friend is an ordained Minister and pastor of a Church) He went on to say, “I was really struggling and finally went to a counselor for help. My wife had already been very upset, because I was not behaving like my normal self. When she found out I had gone for counseling, she became angry and left me. She said I was not the man she married. He said the struggle inside him was overwhelming and went on constantly for a long time. He felt that he had finally gotten it under control, but it was quite a battle.”

I told him about some of the stories I had heard and read. There was one where a young girl had received a heart transplant and started having horrible nightmares. In these dreams, she said, she could see someone trying to murder her. Her mother took her to doctors and counselors and finally met with the police. They drew a picture of the man the girl described, and with the other details that she provided, they caught the murderer of the girl, from whom she had received the heart.

I found another story of a young boy who was training to be an Olympic swimmer. He had an accident and needed a transplant. Afterward, he became terrified of the water and refused to swim. They discovered that the boy whose organ he had received, drown.

My friend and I began to research and found many more stories. We also learned about a lot of new developments in the area of transplants, for instance, hand transplants and face transplants. I asked my friend, suppose the person inside him had been a murderer, and this person pushing his murderous desires onto him? I said, “Suppose it had been a face transplant, and every time you looked in the mirror, you saw the face of the murderer?” Oh my! How horrible an existence that would be.

My New Life as a Chimera
http://www.christianitytoday.com/beh…s-chimera.html

Continued in Part 4 – THE DARK SIDE OF TRANSPLANTS