By Cynthia Pawl 7/10/16.
“Leviticus 17:11: For the life of the flesh is in the blood.“
I was watching television one evening and caught a PBS special on DNA. This was sometime in the late 1990’s early 2000’s. I don’t remember the name of the program. It has been a long time. There is one thing about it that I will never forget. They were talking about how DNA determines everything about us. Scientists had found that every single cell in our bodies carries our entire DNA. Further, every single cell that is involved in any new task we undertake or skill we develop, stores the information on how to perform it, in our DNA. So, if you learn to play piano, or build a bookcase, or wire a lamp or type a letter, the information on how to do that is stored in your DNA. Once it is stored in your DNA, it is passed through the blood to your descendants.

Wow! That was quite amazing to me. That explains a lot! I had often wondered why some kids seemed to be born with certain skills or knowledge. For example, some kids are able to work extremely difficult math problems, in their head, in mere seconds, while folks like me had to study hard to learn to complicated methods with which to solve them. And how is it that some toddlers sit down to a piano and play instantly, like they were born to it? Tennis skills, carpentry skills, dancing, cooking… it goes on and on. Some folks seem to be “naturals”. Well, of course!!! The inherited those skills, it is in their blood! This clearly verifies what the bible teaches. Leviticus 17:11 “The life of the flesh is in the blood.” 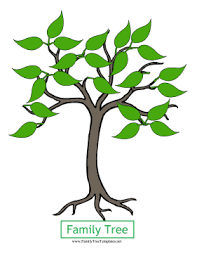 But, hold on. There is also a dark side to this truth. We are already aware that we can inherit predisposition to certain diseases or frailties. But, if we can inherit productive skills, like farming, woodworking and knitting, we can also inherit abilities and tendencies that are not so good for us. When someone learns how to perform or commit let’s say acts of violence or destruction, for example, that information is also passed on to their descendants. Say we learn to drink, smoke, steal, have perverted or unnatural sexual relations, overeat, self-mutilate, take drugs, etc… Those behaviors are also stored in our DNA and passed on. I had often wondered why people seemed to do the things their parents did, even when they determined in the heart not to do so. Even when they spent a great deal of time, energy and money trying to break the mold and learn new behaviors, people tend to fall back on what is familiar, what has been in the family. Well, of course, it is in their DNA. The bible says Exodus 34:7 “visiting the iniquity of the fathers upon the children, and upon the children’s children, unto the third and to the fourth generation. See 11 Part SeriesGenerational, Ancestral and Family Curses

Given that this is proclaimed by the Bible and confirmed by science, one should pause and consider the repercussions of this truth. Now, you must recognize, that if you “SIN” you are not only sinning for yourself. You are committing sins that will be passed down to at least three or four generations of your descendants. That is quite serious.
We must remember one thing. Scientists cannot make the statement that what they find in your DNA guarantees that you will suffer these diseases or develop these behaviors. They can only say that you have the predisposition toward them. This is true because our Heavenly Father does not “condemn” us to continuing these behaviors. He provides for us a way of escape and the election is up to us. We can change our DNA code by the choices that we make.

Naturally, the effects of bad choices/behaviors/sin in our lives are also passed on through the blood. This is where we get genetic predisposition to health problems. Cancer, diabetes, and many, many more diseases, birth defects and addictions. This is the area where science likes to focus your attention. They use these truths to motivate people to support their “scientific experiments, studies and developments”. They prey on your soft-hearted and well-meaning nature. They hold out the promise for better and longer life for youself and/or those you love, through “scientific” developments. Surely, no one should stand in the way of curing ailments and improving the quality of life, no matter what the costs might be. Right? The truth is the scientists and businessmen pursuing these developments are not really interested in our health and well being. They are driven by desires and forces much more sinister.

The following is the information on the video I saw, in 2001. This was a two-hour NOVA special, hosted by ABC “Nightline” correspondent Robert Krulwich entitled “Cracking the Code of Life”. It is no longer available free online. You can purchase the video. You can also view the transcript here: Continued in Part 2 – The Heart Knows