Well, I found the previous revelation really astounding and was very excited about having discovered it. But, God was not done with me yet.

Some time later, I was once again watching a PBS special. Not being prone to enjoying fiction, I find educational television much more fulfilling. This particular program was all about Transplants. At the time of the airing of this program, medical providers had been successfully performing transplants. This program presented several stories and a lot of basic information about how transplants are performed. I found one particular story very interesting. It was about a fairly young mother, who had recently undergone a heart transplant. Her transplant was considered to be successful and she had been restored to good health. However, her family began to notice that she was beginning to behave rather strangely. For instance, she started drinking beer, which she had never done. She was drinking it quite regularly. She started to enjoy going dancing, and watching sports, very enthusiastically. What really disturbed her family though was when her voice began to change. It had become much deeper, very masculine. They wanted some answers and went in search of information on where her transplanted heart had been obtained . To there shock and amazement, they discovered that her new heart had come from a young man, who like to dance, drink beer, chase women and was a very serious sports fan. Wow! She was taking on the personality traits of the man whose heart she had received.

I found this story extremely interesting and thought provoking. The bible says, as we have stated, that the “Life is in the Blood”. Moreover, the Heart, which is the organ that moves the blood though our bodies is the very center of a man. The center of our being, of who we are as a person. Take a look at this article:

THE HEART OF MAN by G. Harry Leafe, Th.M., D.Min. “Of all the words to be found in the Bible that describe man, the term heart provides the most complete characterization. The term heart (Gr. kardia; Heb. leb), denotes the “inner man” (cf. Eph. 3:16), the essence of personality; the seat and center of all life. The heart is that central essence of man with which God is primarily concerned – He looks upon it (I Sam. 16:7), searches it (Prov. 10:8), and tries it (Jere.11:20; 17:10: 20:12). Further, the heart is the center and source of all belief and faith (Luke 24:25; Rom. 10:10). Man’s nature or essential essence is a reflection of his heart. Listen to the Scriptures: “The good man out of the good treasure of his heart brings forth what is good; and the evil man out of the evil treasure brings forth what is evil; for his mouth speaks from that which fills his heart” (Lk. 6:45); “Do you not understand that everything that goes into the mouth passes into the stomach and is eliminated? But the things that proceed out of the mouth come from the heart, and those defile the man. For out of the heart come evil thoughts, murders, adulteries, fornications, thefts, false witness, slanders. These are these are the things which defile the man” (Matt. 15:17‐20). Source: http://scriptel.org/theological%20es…20of%20Man.pdf 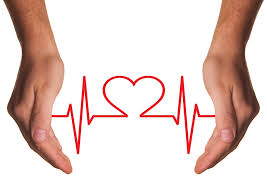 Now, when a transplant occurs, the patient from whom the organ is being retrieved has to be at the point of death (or at least be believed to be), however, the organ must be healthy and viable (still pumping and still beating). In other words, it must be still alive and functioning. So the patient is often one that is considered brain dead or some other such determination, which allows for the organ to be removed while still functioning. The patient receiving the organ, is in a state of decline that merits undergoing a transplant, either close to dying or headed in that direction. When the donor is opened up and their organ is removed, their physical body, for all intents and purposes, dies. But, their organ lives on, and it still contains their blood and their DNA. And, in the case of the heart, possibly their very soul. Remember, the LIFE is in the blood. The living organ is placed into the recipients body which nearly immediately causes them to begin to “revive” or “regenerate” so to speak. But, let me ask you this question, at this point, who is alive?

Which of these people is currently occupying this body? Whose spirit? Where did the other person go? Especially in a heart transplant. If the heart of the person is their very soul, and the recipients heart is removed. Whose life is proceeding from that point? Could it be that both people, both spirits, if you will, are still alive and functioning? Each with their own thoughts, desires, beliefs, tendencies and weaknesses? Each with their own DNA, which carries all these memories?

Immediately, I started to wonder about this issue. I could see that “science” was playing with something they knew little or nothing about. Were they even considering the spiritual aspects of their actions?

I started to look into this issue. I learned that there were many stories of people who had experienced these personality changes after transplants. I learned that medical professionals were fully aware that this is happens. Infact, it is not only possible but HIGHLY LIKELY that this will occur. Yet they do not warn anyone about it.

She wrote a book called “A Change of Heart”
Read more: http://www.dailymail.co.uk/health/article-558256/I-given-young-mans-heart—started-craving-beer-Kentucky-Fried-Chicken-My-daughter-said-I-walked-like-man.html

Organ Transplants: Can a New Heart Change Your Life—and Your Taste in Music?
http://www.people.com/people/archive…147267,00.html A man who received the transplanted heart of a suicide victim has killed himself in exactly the same way.


Astonishingly, the same wife is mourning all over again.

Sonny Graham, who had received Terry Cottle’s heart, also went on to marry his widow. Along with his attraction to the donor’s wife, the new heart also gave Mr. Graham a strange new craving for beer and hot dogs – Terry Cottle’s favorite foods.

The couple met after Mr. Graham started writing to her after being told that her husband was his heart donor. Twelve years after the successful transplant operation, Mr. Graham shot himself, leaving his wife a widow for the second time in strikingly similar circumstances.

Friends say that Mrs. Graham, a nurse, is stunned by the bizarre turn of events. Mr. Graham, 69, died after shooting himself in the throat with a shotgun. He was found in a garage at the home that the couple shared.

In 1995, Mr. Graham had been on the verge of death due to congestive heart failure. He had less than six months to live when the call came through from the Medical University of South Carolina, telling him that a heart had just become available. It belonged to Mr. Cottle, 33, who had committed suicide by shooting himself in the head. (Source)

Continued in Part 3 – What is a Chimera?