Kanye West Drops ‘Wash Us in the Blood,’ With Satanist Travis Scott, A Dark And Demonically-Inspired Video That’s More Yeezus Than Jesus 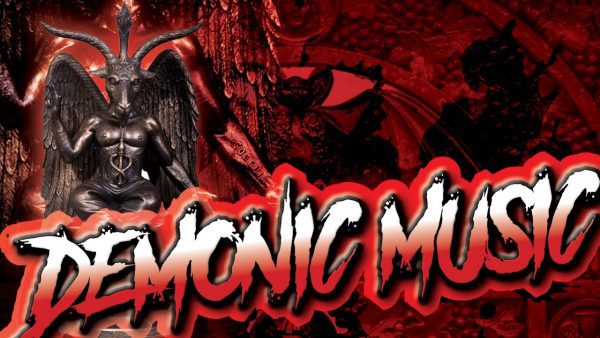 Kanye West has released ‘Wash Us in the Blood,’ his first new music since 2019’s Jesus Is King and the companion Sunday Service Choir album Jesus Is Born.

The unsaved, sex-drugs-and-rock-n-roll music world is aflame this morning, positively gushing over the release of ‘Wash Us In The Blood’ by ‘christian’ rapper Kanye West. The video is dark and sinister, looking more like a video game than a music video, and the mood is angry and menacing. On top of that, he featured satanist Travis Scott of Astroworld fame to help him out. There is nothing Christian about this dark and demonic mess, and the ‘blood’ he is rapping about doesn’t even mention the name of Jesus Christ one time in the lyrics. There is a 10 second throwaway line at the tail end of the video, fooling no one who is saved.

“But God commendeth his love toward us, in that, while we were yet sinners, Christ died for us. Much more then, being now justified by his blood, we shall be saved from wrath through him. For if, when we were enemies, we were reconciled to God by the death of his Son, much more, being reconciled, we shall be saved by his life.” Romans 5:8-10 (KJB)

If you are fooled by any of this, my heart breaks for you, it truly does. Satan must have a smile from ear to filthy ear watching ‘Wash Us In The Blood’, a song that mocks the blood sacrifice of Jesus on the cross. Rolling Stone loved it, not only that, they said how much it reminded them of West’s earlier work ‘Yeezus‘, where he said that he was God, and that he was the messiah. The unsaved world knows what they are looking at here, they are not fooled for a second, and not a single review mentions anything about the blood of Jesus Christ, because it’s not about the shed blood of Jesus Christ. This song glorifies no one but Kanye West, and born again, bible believing Christians should roundly reject this demonic garbage.

Oh, in case you forgot who satanist Travis Scott is, and what happened at Astroworld last year, read this:

Kanye West drops ‘Wash Us in the Blood,’ his first new music since Jesus Is King, and it is dark and scary

FROM ENTERTAINMENT WEEKLY: The song is “Wash Us in the Blood,” and it’s something West previously mentioned in an April 2020 feature for GQ magazine as one piece from a 54-track playlist he had been tinkering with. Just like Jesus Is King, this one is a song of worship.

Kanye West began teasing the release on Monday. Now, “Wash Us in the Blood,” from his upcoming God’s Country album, arrives with a music video directed by Arthur Jafa and a mix from Dr. Dre. Rapper Travis Scott also features on the track.

The video also highlights Breonna Taylor, the 26-year-old Black emergency medical technician who was shot eight times by cops in Louisville in an attempted no-knock drug sting operation, as well as what appears to be video from the day Ahmaud Arbery was fatally shot in Georgia while out jogging. Footage of Taylor in “Wash Us in the Blood” shows her dancing as Scott raps,

“Execution in 30 states/ 30 states still execute/ Thou shalt not kill/ I should not spill.” Currently, there are 28 states in the U.S. with capital punishment laws.

In June, West donated $2 million to support the families of Taylor, Arbery, and George Floyd, the latter having died after a police officer in Minneapolis knelt on his neck for nearly nine minutes. READ MORE