Proverbs 12:4 “A virtuous woman is a crown to her husband: but she that maketh ashamed is as rottenness in his bones.” 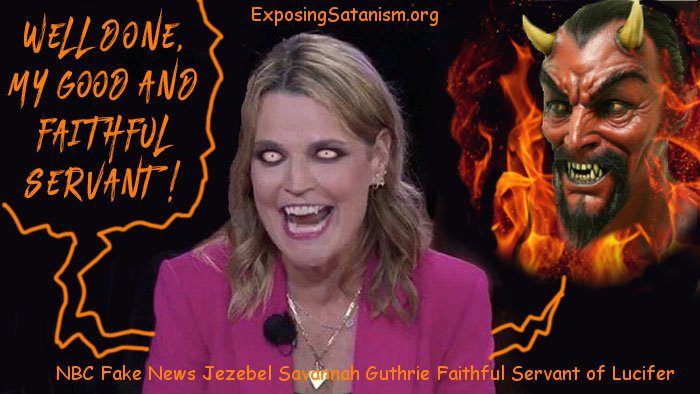 Breitbart News – NBC’s Savannah Guthrie kicked off Thursday night’s town hall with President Donald Trump by attempting to mask shame him and moved forward with partisan questions that reflect the values of the Democrat party.

Guthrie’s remarks came after she pressed the president on whether he was tested for coronavirus on the day of the debate and questioned an event held at the White House where the majority of those in attendance were not wearing masks.

“You can see with a mask, though, right,” Guthrie asked Trump after he expressed his feelings on being able to “see people” as he claimed he cannot be kept away in a room.

“People with masks are catching it all the time,” Trump said in response. “If you look at the governor of Virginia, he was known for a mask. If you look at [Sen.] Thom Tillis [R-NC], a great guy, he always had a mask and they caught it.”

In an attempt to disrupt Trump’s message, Guthrie then brought up former New Jersey Gov. Chris Christie (R), who said he was “wrong” not to wear a mask.

“Wrong or not wrong, you have to understand. As president, I can’t be locked in a room someplace for the next year and just stay and do nothing,” Trump added, describing the scene when he attends events and meets with the families of America’s fallen war heroes.

“You retweeted to your 87 million followers a conspiracy theory that Joe Biden orchestrated to have Seal Team Six, the Navy Seal Team Six, killed to cover up the fake death of Bin Laden,” Guthrie said to Trump. “Now why would you send a lie like that to your followers? You retweeted it.”

“That was a retweet. That was an opinion of somebody,” Trump responded. “I put it out there. People can decide for themselves.”

“I don’t get that,” Guthrie interjected. “You’re the president. You’re not, like, someone’s crazy uncle who can just retweet whatever.” Read the rest here