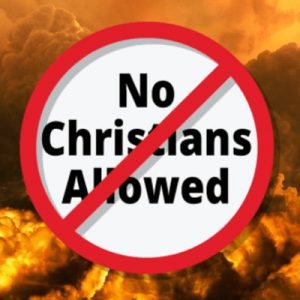 When are the Communists going to get around to Burning Churches and Banning the Bible? Matthew 10:21-22 “And the brother shall deliver up the brother to death, and the father the child: and the children shall rise up against their parents, and cause them to be put to death. 22 And ye shall be hated … Click Here to Read more

Yes, you read that headline correctly. Nepal is mostly Hindu and Hindu’s have been increasingly hostile towards Christians in India as well.

World Watch Monitor December 22, 2016 – A Nepali court has found four Christians guilty of ‘violence’ and ‘ witchcraft’ against a severely mentally ill woman whom they sought to heal, even though she testified in court in their favour, saying she was now better. The four are sentenced to five years in prison. A fifth Christian, Rupa Thapa, was found not guilty and released after the hearing in the District Court of Salyan – a district in western Nepal.