R. Cort Kirkwood | The New American – One of the students charged with killing one and wounding eight at a high school in Highlands Ranch, Colorado, doesn’t much care for the Bible, Christians, or Donald Trump.

The other is a “ transgender” male, meaning a girl who pretends to be or actually thinks she is a boy.

The motive for the shooting in the suburb of Denver is unclear, but a friend claimed on social media that both suspects are mentally disturbed.

Erickson, who dyed his hair purple, “filled his page with posts about the Denver Broncos, playing paintball and appearing in community plays like Les Miserables and Legally Blonde The Musical,” the Post reported. He also liked South Park and The Walking Dead and vocalist Ed Sheeran.

But Erickson was also unhappy with Christians and the president, the Post reported.

“A day after Election Day in 2016, he shared a video from Seth Myers’ “Late Night” show blasting Trump and groused about Christians in another post two years earlier,” the Post reported.

“You know what I hate?” he wrote in 2014. “All these Christians who hate gays, yet in the bible, it says in Deuteronomy 17:12-13, if someone doesn’t do what their priest tells them to do, they are supposed to die.”

Erickson averred that the Bible “has plenty of crazy stuff like that. But all they get out of it is ‘ewwwwww gays.’”

Actually, Christians get a lot more out of the Bible than that, which Erickson might have known if he had spent more time reading the Bible and listening to real Christians than posting hateful nonsense on Facebook. But anyway, he is a big fan of Barack Hussein Obama.

In 2015, the Post reported, Occupy Democrats put up a quote about Obama with which Erickson agreed: “In just six years I nearly tripled the stock market, cut unemployment in half, ended two wars, cut the uninsured rate in half, brought gas down to $2.75, and cut the annual Bush deficit by two-thirds. Oh, and I got bin Laden.”

All three posts are blocked. 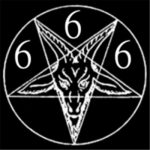 Erickon appears to have some serious mental health issues. Police towed a car from his home that said “F*** Society” across the passenger-side door. As well, a producer at Denver’s CBS affiliated tweeted, the car also bore “‘666’ and a what looks like a pentagram sprayed on the hood.”

Girl-Boy
Police were at first confused about McKinney, said the sheriff who discussed her at a news conference: “Right now, we are identifying the individual as a female, because that’s where we’re at. We originally thought the juvenile was a male by appearance.”

And “multiple sources” told Denver7 that McKinney “is a transgender male who was in the midst of transitioning from female to male.”

As well, “the sources said that the motive of the alleged shooters went beyond bullying and involved revenge and anger towards others at the school and that at least one of the suspects was involved in legal and illegal drug use and had been in therapy.”

Apparently, the Post reported, McKinney is or was taking Adderall, a drug used to treat Attention Deficit Disorder, and posted her anger at fellow students on Twitter: “F*** stem kids i swear to f***ing god,” she wrote.

According to the Daily Mail, one of McKinney’s pals tried to explain that she really was a boy, a sign that leftist science deniers have been successful in confusing kids.

“Nothing that Alec and Devon did can be condoned, and they can’t be defended,” the friend wrote on Instagram. “Their actions were terrible. But Alec is not a girl.”

Actually, “Alec ” — real name, Maya — is a girl, but anyway, the same friend said the pair are troubled.

“Devon did not do what he did because he’s liberal or to make a statement,” the friend wrote. “He did it due to internal struggles. They’re both struggling with mental health issues and this is a time for awareness. Alec did not do this because he’s trans, but had people supported him in the way he needed and deserved, he would not have struggled so much that he got pushed over the edge.”

Continued the friend, “They did a horrible thing, but please, please recognize that mental health awareness is important. Supporting LGBT youth is important. They didn’t get the help they needed, and they NEEDED it.”

The friends are right about one thing. Neither of the two received the help they needed.