The good news is he won’t be able to reproduce and pass that perversion and stupidity on to the next generation!!

The Sun – Trent Gates, 23, from Washington DC, identifies as ‘non-binary’ and claims he still enjoys sex with his boyfriend following the grisly castration. 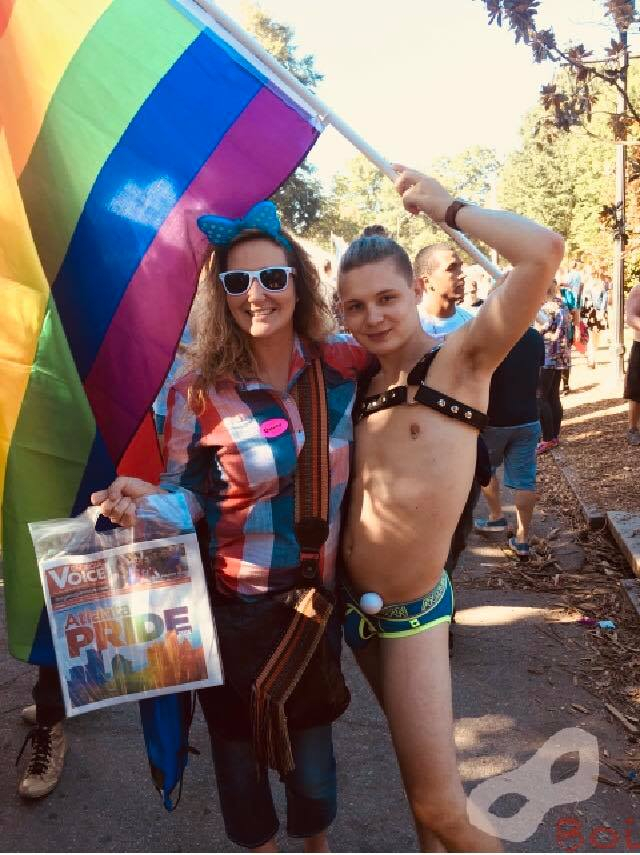 He cut off his todger in April 2016 after being inspired at the age of 15 to remove his sex organs by pictures of another castrated man.

He severed his testicles with an ultra-sharp ceramic blade in a dangerous DIY op back in January 2017 to complete the transformation.

Nullo is a body-modification term which refers to men who have their genitals removed.

While some in the subculture identify as “eunuchs”, others are asexual or submissive homosexuals.

Trent, who still enjoys sex with his boyfriend, told Metro US that he identifies as non-binary – meaning he is not masculine or feminine – and that his tackle never felt “like part of me.”

He said: “I have no desire to be a woman. It’s kind of a middle ground in-between the two, an androgynous in-between.”

Speaking about the viewing the pictures online of a man named Gelding when he was at school, Trent said: “I saw a photo online – it was like, bam, first photo I saw, that’s me, I want to be there some day.”

The 23-year-old sliced off his todger in his apartment using a ceramic knife sanitised with alcohol and ice water.

He then cut off his testicles in a North Carolina hotel room using the same dangerous DIY method – although this time a local “spotter” agreed to watch and call an ambulance if a medical emergency occurred.

On both occasions, he rushed himself to hospital where he was stitched up by a surgeon and also referred to a mental health team.

Speaking about how he performed the grisly surgery, he said: “I used a ceramic (knife) because its sharper than the steel, less ripping and tearing.”

Read more about this reprobate here