India last month said that it had created the world’s first DNA vaccine, ZyCoV-D. While standard vaccines use actual ‘hardware’ protein, DNA vaccines use the ‘software’ blueprint of the virus 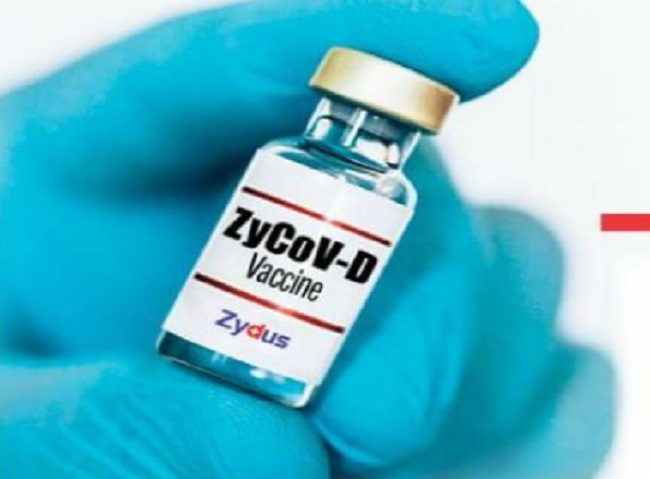 If YOUR DNA is altered, then you are NO LONGER what God made you, and YOU are NO LONGER MADE IN HIS IMAGE! That will render you IRREDEEMABLE and YOU will reside in Hell for all ETERNITY where the is Weeping and Gnashing of Teeth!

not redeemable; incapable of being bought back or paid off. – irremediable; irreparable; hopeless. – beyond redemption; irreclaimable.

Dr. Lee Merritt: If you think you’re fighting a virus, then you’re going to be a victim

The vaccine, developed by a company called Zydus Cadila, expects to have it available for use as early as next month, giving hope to a country that has suffered more than 447,000 deaths at the hand of the virus.

What is a DNA vaccine and could this new class of vaccination become the next tool in the world’s fight against COVID-19?

A software vaccine is one in which scientists vaccinate with the blueprint of the virus – just the DNA or the RNA corresponding to the genes that code for the spike protein – injecting it in a palatable and effective way into the body. The cells then synthesize the viral protein, which leads to the production of antibodies against the viral spike.

This is as opposed to a hardware vaccine, which actually contains hardware, that is physical bits and pieces of the virus protein.

“You can have a hardware vaccine that consists of a killed virus, for example, or an attenuated virus,” Gershoni explained. “Or you can have a subunit vaccine as well, such as the vaccine for Hepatitis B, which is just purified spike protein.

“The immune system identifies the presence of the viral protein… and that stimulates the immune system to respond and make highly specific targeted antibodies that inactivate the virus.”

All of the traditional childhood vaccines that exist today are hardware vaccines.

However, since the late 1980s, scientists began playing with the idea that there could be applications for injecting DNA or RNA directly – first, in trying to develop gene therapy, and more recently, in the development of what Gershoni calls software vaccines.

“We know that the information flow in biology goes like this: the genetic material is stored in a very stable molecule, double-stranded DNA,” Gershoni said. “However, the information that flows from the gene needs to be transcribed to create a disposable and intermediate genetic material in the form of RNA. So, RNA in the traditional sense, is simply a disposable copy of the DNA gene.”

However, it is the RNA and not the DNA that is able to interact with the protein manufacturing machinery, known as ribosomes. The ribosomes are what recognize the RNA and systematically translate the genetic material, which is written in the language of RNA, into the hardware – that is to say, the protein.

“The hardware is the protein and the instruction manuals, the recipes that tell us how to make these proteins, can be either in DNA or RNA,” he said. “DNA or RNA, therefore, fall under the category of software vaccines.”

In the beginning, scientists favored DNA because it is far less finicky than RNA, which breaks down easily. But on the other hand, the RNA is a more direct way of delivering the instruction manual because the ribosomes cannot interact with the DNA. As such, in systems that use DNA as the genetic material being transferred, the next required step, once the DNA has been delivered to the cells, is that those cells have to make RNA copies of the genes. Only then can the RNA copy of the foreign DNA be translated by the ribosomes to produce the target protein that can then stimulate the correct immune response.

“Injecting RNA in some respects is more efficient,” Gershoni said.

Both the Pfizer and the Moderna vaccines, for example, are RNA vaccines.

Despite the claims coming from India, there are other DNA vaccines already on the market. They are just packaged differently.

These vaccines deliver the gene for the spike protein via the Adenovirus that infects human cells but does not cause any noticeable or harmful disease.

So what is the difference, given that the India vaccine also contains DNA and is a DNA virus?

What differentiates the Indian vaccine is that it contains much less DNA and is not packaged in a viral vector. The Indian DNA stands alone.

“What they have done is taken a small, circular piece of DNA called a plasmid and incorporated into this plasmid a piece of DNA that corresponds to the 1,200 amino acids of the coronavirus spike protein,” Gershoni said.

The plasmid that they are using in ZyCoV-D is a plasmid from the 1990s called pVAX1 a commercially available plasmid DNA whose total size is only about 3,000 letters (nucleotide base pairs).

In this case, the DNA is not wrapped or packaged in anything but directly injected into the arm, something referred to as “naked DNA.”

This is the first plasmid DNA vaccine that has been authorized for human use. Gershoni said that there have been veterinary applications of plasmid DNA used in the past.

It is also different from the other vaccines because it is delivered intradermally, meaning it is injected without a needle via a high-pressure stream of liquid containing the DNA.

The ZyCoV-D regimen is three shots, each 28 days apart. The phase III trial found the vaccine’s efficacy to be less than 70%.

Gershoni said that although some people have expressed concern with DNA vaccines, which must enter the nucleus of the cell to be transcribed and generate the RNA and therefore could theoretically impact a person’s chromosomes, there is no obvious mechanistic reason why this should occur.

He said that an effort was made to streamline the DNA, “make it as compact, clean and mean and with as little extra DNA as possible.

“Whereas people around the world may be concerned and debating whether this DNA vaccine is a good idea,” Gershoni continued, “we have been blessed in Israel with RNA vaccines. So under no circumstances should theoretical arguments about DNA safety be used in Israel. They are simply not relevant.”