Robin Comes Out as Bisexual in DC Comics

Batman’s beloved boy wonder sidekick, Robin, has come out as bisexual in a recent issue for DC Comics, a reveal that follows an ongoing trend throughout the comic book world.

Though speculation about Robin’s sexuality has always been a part of the character’s mystique (see “Ambiguously Gay Duo“), DC has never explicitly labeled the famed sidekick as LGBTQ; that modus operandi changed this week with the latest issue of Batman: Urban Legends, wherein the character accepts an invitation to go on a date with another man named Bernard Dowd.

“Tim Drake is the DC character who fights crime as Robin, and when the sixth installment of the comic book dropped Tuesday the story ended with Tim saying yes to going on a date with a guy named Bernard Dowd,” reported TMZ. “The story goes … Robin had a ‘lightbulb moment’ while fighting side-by-side with Bernard. After coming to his rescue as Robin, Tim later hits up Bernard’s pad, and you can see the anticipation’s building ’cause he hypes himself up, saying … ‘It’s OK, Tim. You got this.’” 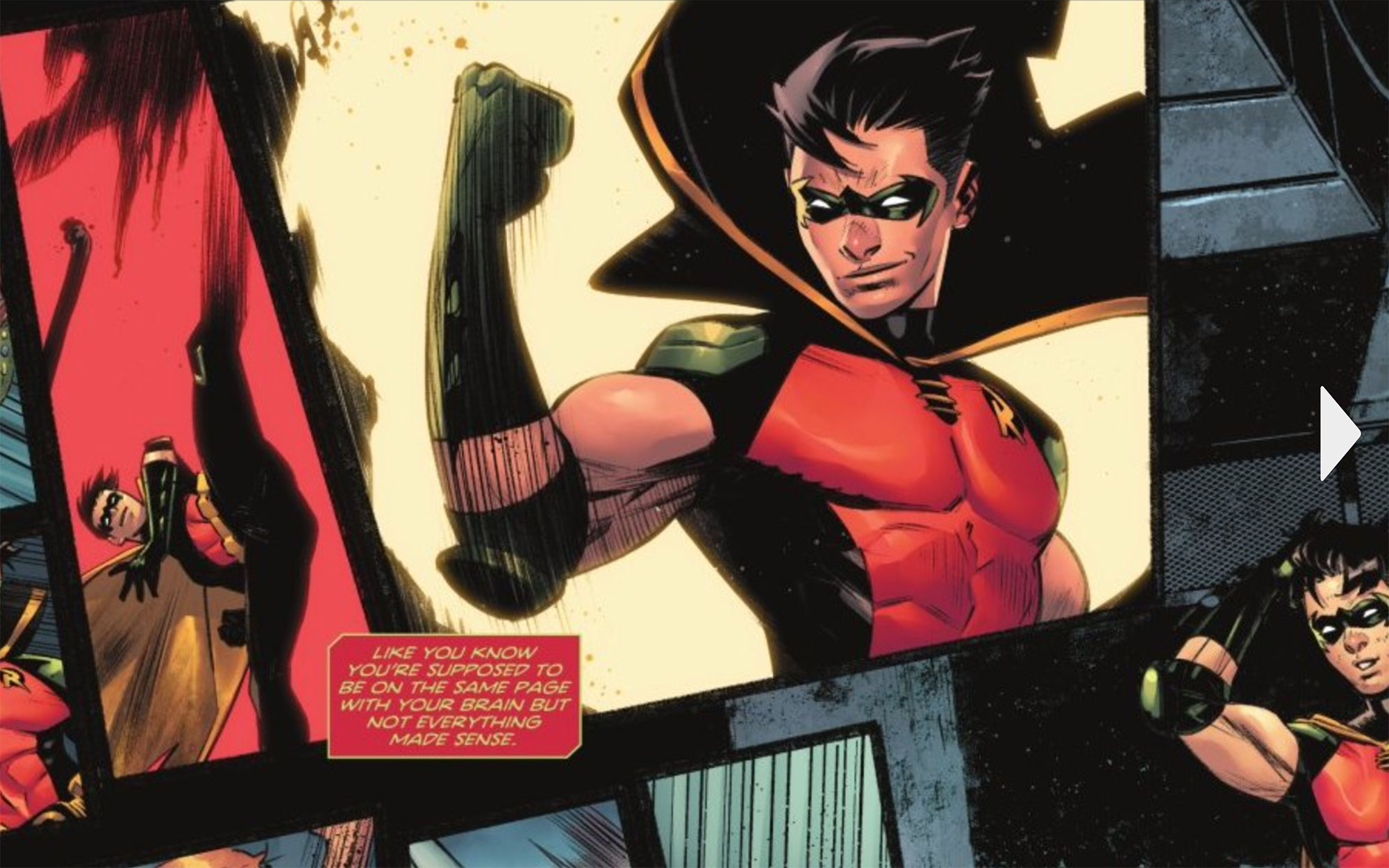 Just as Bernard opens the door to ask Tim on a date, Tim abruptly says, “I’m really glad you got home okay. I was relieved. And I’ve been doing a lot of thinking, about that night. And I — I don’t know what it meant to me. Not yet. But I’d like to figure it out.”

“I was hoping you would. Tim Drake … do you want to go on a date with me?” Bernard asks.

The issue ends as Robin says yes, leaving the reader on a cliffhanger until the next installment. Members of the LGBTQ community celebrated the reveal on social media.  Read the rest here

Superman is going gay, according to DC Comics artist Ethan Van Sciver during an interview with ComicArtistsPro Secrets on YouTube.

They aren’t going to retcon him as they did to comic book character Robin just two weeks ago, with a bisexual storyline involving a male love interest, but rather in the same vein as when Marvel announced that Captain America was going to be gay, they are killing off Clark Kent so his homosexual son can don the suit and take over the gig of saving the world.

I just found out, I got a little bit of a scoop about what DC’s plans are. Nobody knows this yet. It hasn’t been really announced, except by me…The plan is that…Superman’s book…I guess Clark Kent is going bye-bye….Clark Kent I guess is going bye-bye and they are going to replace him with Jonathan Kent, and then they are going to announce that Jonathan Kent is gay. So Superman is effectively gay, everyone. He is gay.

In 2015 Batman’s on/off-again love interest Catwoman was written into being bisexual. Batwoman was shown to be a lesbian in 2006. Characters like Bluebird, Barbara Kean, and Tabitha Galavan have been written as bisexual, and several Batman man villains like the Riddler, The Penguin, Poison Ivy, Joker, and Harley Quinn have also been in LGBTQ storylines and depicted as bisexual.

Basically, everyone is a flaming sodomite because that’s the way the world is now. Source