1st Peter 5:8 “Be sober, be vigilant; because your adversary the devil, as a roaring lion, walketh about, seeking whom he may devour:”

The Hounds of Hell will be placing a Hex on whoever did it. But wait, these people don’t believe in all of that! 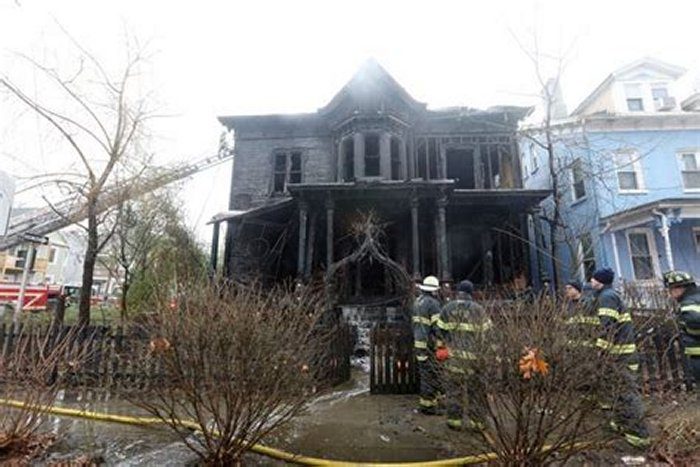 Hell to pay: Arson shakes a Church of Satan community

Members of the Church of Satan are grieving the destruction of a historic “ Halloween House” north of New York City that authorities say was set ablaze this week by an unidentified arsonist. The historic home, built in 1900, served as an Addams Family-style hub for local adherents of the religion, the Poughkeepsie Journal reports. One member of the church likened the arson to a terrorist attack. “Everybody’s in shock and everyone in the neighborhood is worried,” the member, who goes by the name Isis Vermouth, told the newspaper. “Whoever did this is going to be hexed by all of us.” “Now there’s going to be hell to pay,” Vermouth added. Surveillance footage shows a man walking up to the house after 5 a.m. Thursday with two gas cans, splashing liquid on the front porch and igniting it, people said. Two people escaped the house unharmed, authorities said. The home on South Clinton Street was decorated with devil sculptures. A hearse long sat in its driveway, and a sign over the garage read “ Devil’s Garage.” The exotic house served as a gathering place to celebrate Halloween and showcased the beliefs of its longtime former owner, Joe “Netherworld” Mendillo, a Church of Satan member who died last year. “It was extraordinarily different,” City Councilman Chris Petsas said. “It wasn’t your normal home.” It’s unlikely the home will be restored because of the extensive fire damage, said Peter H. Gilmore, high priest of the Church of Satan, who lives down the block in what members refer to as Poughkeepsie’s “ Witchcraft District.” The religion is based not on devil worship, but on atheist philosophies of individualism, liberty and self-fulfillment, Gilmore said. Source AP

I came across an article by a Witch speaking of Summoning and Banishing demons. She was pointing a finger at the GOP and all the while 3 were pointing BACK at her and her ILK!

There is a saying in the modern witchcraft community: “If you plan to summon a demon, you best be able to banish it.” The concept is meant very literally. Spirits of all kinds can be unpredictable and demons even more so.

If a witch, or anyone for that matter, wants to work with a spirit entity, they should first gather the skills and the magical tools needed to not only summon the spirit but also to banish it should it become unruly.

The only way to banish, or CAST OUT, a demon is with the name of Jesus and his Shed Blood! By the way, a Spirit and a Demon are the same thing!

“If you plan to summon a demon, you best be able to banish it.”

“Don’t bite off more than you can chew.”

“Be careful what you wish for.”

The common related idioms go on. Here is another one.

“If you play with fire, you just might get burned.”

Remember the final scene in Steven Spielberg’s film “Raiders of the Lost Ark” (1981), in which the Nazis open the ark of the covenant in search of power? (lol the Democrats are the power hungry Nazis) Indiana Jones, of course, knows to look away from the ark. The Nazis do not. When the top is lifted off, spirits and demons and all the world’s evils exit the ark and incinerate the villains. Source

It never ceases to amaze us that these people from the “CHURCH OF SATAN” continually insist that they DO NOT WORSHIP SATAN.  Yet they use his image and symbology everywhere!  They invoke his name constantly! They curse, cast spells and hexes, call upon demon spirits to work their magick, and they hate the GOD of the bible and all who serve HIM!  Therefore, they are honoring Satan in everything they think, do and say.  Isn’t that WORSHIP?? If they do not believe in Satan, than why invoke his name?  Why promote his IMAGE?  Why practice his teachings? Why serve his agenda?

The home on South Clinton Street was decorated with devil sculptures. A hearse long sat in its driveway, and a sign over the garage read “ Devil’s Garage.” The exotic house served as a gathering place to celebrate Halloween and showcased the beliefs of its longtime former owner, Joe “Netherworld” Mendillo, a Church of Satan member who died last year.

Certainly, no one is in favor of burning down buildings, especially ones with people inside of them. That is deplorable.  However, it is time for Christians to be as dedicated and vocal for the One True and Living God as these people are for Satan…  a god they say they don’t even believe exists.  As Believers in Jesus Christ, we KNOW that the GOD of the Bible exists.  We KNOW He is active in our lives.  WE experience HIM everyday.  Why are we not more expressive of our beliefs, our experiences, our knowledge, our JOY.  It is no wonder the world buys the lie that GOD is dead.  We certainly have done a poor job of representing Him.