The next thing that will crop up are Entities being downloaded into the Sex Robots. Have sex with Marylin Monroe will be prime time advertisement! 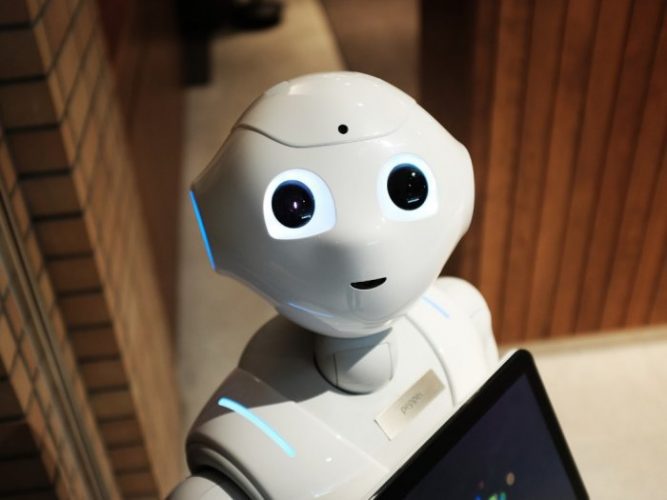 “The specific person [who the chat bot represents] may correspond to a past or present entity (or a version thereof), such as a friend, a relative, an acquaintance, a celebrity, a fictional character, a historical figure, a random entity etc”

No Folks, Just like all the other Necromancy devices, Ouija boards, Crystal balls etc., Demons Masquerade as the person you will try and contact.

Paul Watson | Summit News– Microsoft has been granted a patent for technology that would “reanimate” the dead by re-creating them via social media posts, videos and private messages that could even be downloaded into a 3D lifelike model of the deceased.

Not creepy at all.

“The tech giant has raised the possibility of creating an AI-based chatbot that would be built upon the profile of a person, which includes their “images, voice data, social media posts, electronic messages,” among other types of personal information,” reports IGN. “It’s understood that the chatbot would then be able to simulate human conversation through voice commands and/or text chats.”

The patent explains that the chatbot could be a historical figure, a celebrity, a friend or relative or even a copy of “the user creating/training the chat bot.”

The patent is literally straight out of a Black Mirror episode, the dystopian series created by Charlie Brooker.

In an episode called Be Right Back, a young woman’s boyfriend called Ash is killed in a car accident but she decides to bring him back in the form of a technology which uses artificial intelligence to mimic her lover’s speech patterns, mannerisms and knowledge.

This virtual Ash is then downloaded into a synthetic body, but the woman struggles to accept it as a replacement for her actual boyfriend and ends up locking the android in an attic.

Transhumanist elitists have long dreamed of being able to achieve immortality by preserving their consciousness after death and uploading it to a computer.

In his book The Age of Spiritual Machines, futurist Ray Kurzweil predicted that humans will be uploading their minds to computers by 2045 and that bodies will be replaced by machines before the end of the century.

Elsewhere in the book, Kurzweil made it clear that such technology would only be available to wealthy elites and that the rest of humanity would likely become a slave class or be wiped out altogether.

The future is bright.

Do NOT fall for the scam people!!

Necromancy – Channeling – Praying or Speaking to the Dead