AOC Says She’s Awakened at 3:30 AM Scared Because of Climate Change… NOT! 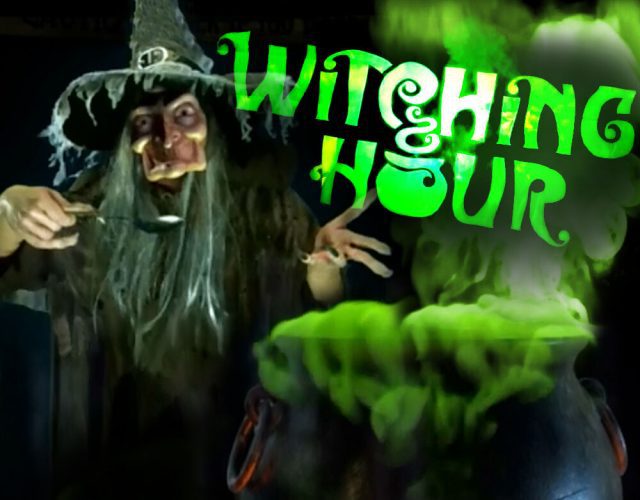 PJ Media – Rep. Alexandria Ocasio-Cortez is a warrior for Planet Earth. Like ancient knights of old who battled dragons and monsters in glorious single combat to determine the fate of the kingdom, so, too, does AOC gird her loins and enter the fray without fear or doubt.

Freshman Rep. Alexandria Ocasio-Cortez, D-N.Y., claims she has awakened frightened from sleep at 3:30 a.m. because she’s worried about the negative effects of  climate change on the world.

Ocasio-Cortez was livestreaming on Instagram Wednesday and answering questions from viewers, when she acknowledged having extreme angst over the state of the climate

“Even while I was on vacation, I woke up in the middle of the night, at 3:30 in the morning, just concerned about climate change,” she said.

She has said, “to be Puerto Rican is to be the descendant of… African Moors [and] slaves, Taino Indians, Spanish colonizers, Jewish refugees, and likely others. We are all of these things and something else all at once—we are Boricua.”

That is an interesting tid-bit about her ethnicity!

The term “Moors” refers primarily to the Muslim inhabitants of the Maghreb, the Iberian Peninsula, Sicily, and Malta during the Middle Ages. The Moors initially were the indigenous Maghrebine Berbers. The name was later also applied to Arabs.

Moors are not a distinct or self-defined people, and the 1911 Encyclopædia Britannica observed that “The term ‘Moors’ has no real ethnological value.” Europeans of the Middle Ages and the early modern period variously applied the name to Arabs, North African Berbers, and Muslim Europeans. Source: Wikipedia

Now we know why she is all buddy, buddy with Muslim coven members Ilhan Omar and Rashida Tlaib and hates Israel. But get this:

Ocasio-Cortez discussed her Catholic faith and its impact on her life and her campaign for criminal justice reform in an article she wrote for America, the magazine of the Jesuit order in the United States.

At a December 2018 Hanukkah celebration in New York, she revealed that she has Sephardic Jewish ancestry, although she does not practice Judaism. Source: Personal Life at Wikipedia

No wonder this woman is so confused and demented. She has so many demonic traits handed down to her and all of those Ancestral Demons are fighting for dominance within!

The Witching Hour. What is it?

Before I get into what it is, I have had my own experience with the Witching hour for many years now, and that continues to this day. You can read about it here in a 3 part series Angel Worship Part 1 – Part 2 – Part 3.  Let me assure you that the reason for me being up around 3am in the morning, is NOT the same as the God hating, Abortion loving, Communist Democrat Coven member Alexandria Ocasio-Cortez! 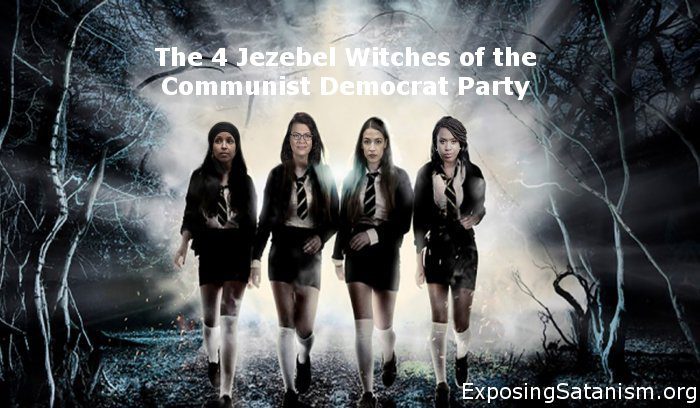 In folklore, the witching hour or devil’s hour is a time of night associated with supernatural events. Creatures such as witches, demons and ghosts are thought to appear and to be at their most powerful. Black magic is thought to be most effective at this time. In the Western Christian tradition, the hour between 3 and 4 a.m. was considered a period of peak supernatural activity, due to the absence of prayers in the canonical hours during this period. Women caught outside without sufficient reason during this time were sometimes executed on suspicion of witchcraft. The phrase “witching hour” was first recorded in 1835. Source: Once again Wikipedia

From a Witchcraft website Ask-Angels.com. I do not recommend you visit this website or take any spiritual guidance from it. OR any other such New Age Witch!  Refer to what I wrote above in “Angel Worship”! This is for the purpose of “Out of the Horses Mouth”!

The Witching Hour is the time of day when humanity has the potential to become more aware of the activity happening beyond the veil, in the spiritual realm.

While the name implies it’s a specific hour… It’s actually the period of time between the end of the night, and the beginning of a new day.

It’s the liminal space between night and day when the veil is especially thin, sometime between 2:00 AM and 4:00 AM local time.

In addition to the idea that the veil is thin during this time… There are a few additional reasons why the spiritual realm seems to be more accessible during “The Witching Hour” such as:

This is a time when the majority of people are sleeping. There is literally less interference from the conscious mental activity of other people, and quite simply… Its quieter out!

Because so many people are sleeping, it’s also a time when electronic activity is decreased. So when you’re less bombarded by electronic frequencies, and your surroundings are naturally quieter and more peaceful, it becomes easier to sense the subtle energies of the spirit realm!

Waking Up During the Witching Hour?

An interesting phenomenon is that many people regularly wake up at 3 AM (or sometime around there)… Right in the middle of the witching hour!

If this is you, don’t worry! This is not a bad thing, and honestly may happen for a whole variety of reasons… Including your guides and guardian angels reaching out with blessings and to connect with you! Source

You DO have guardian angels and that is Biblical. You DO NOT have guides that you can communicate with like Crooked Hillary Clinton, Nasty Nancy Pelosi and Creepy Joe Biden do.

These are mere demons and that is why AOC is being woken at this time. They are communicating the Demonic notions that she spews. She gets her information from Demons folks, and she, as well as her cohorts, are controlled by them!

I am awake at that time to pray and come against the wickedness that abounds during the height of the demonic. If you, being a True Christian, are woken at this time of the morning or any other time, it is the Holy Spirit prompting you to come against the Principalities, Powers, Rulers of Darkness and Spiritual Wickedness in High places.

Is AOC the self-proclaimed leader of the “Z Generation” and a legend in her own mind?