Lesbian Ellen DeGenerate wallows in the cesspool and seems to come out smelling like a rose!

Why? Because she is a Lesbian and Lesbians get special treatment from fellow DeGenerate’s! 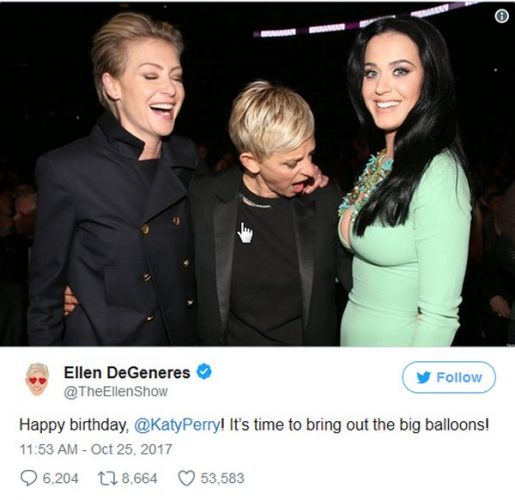 The tweet drew immediate backlash from the talk show host’s social media followers, who called the joke inappropriate and in poor taste in the wake of the sexual harassment and abuse scandal currently sweeping through Hollywood.

“If you were a man this would be the end of your career,” one user wrote in response.

“Nice message to send to young girls”, Really? I wonder if the person who wrote that realizes that being a LESBIAN is the WRONG message to be sending young girls, or and Girl for that matter!

The other comment “If you were a man this would be the end of your career,”  is conditional. The only way it would end a man’s career is if the Elite want to throw that man under the bus as a sacrifice or their usefulness is depleted!

Yea, DeGenerate will survive because she is a child of Lucifer and is part of the criminal Cabal that is covering up the False Flag operation Las Vegas!