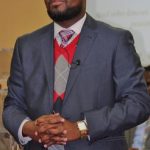 Senior pastor for the First Haitian Community Church, Ermonte Moliere was among the 140 men who were arrested during a prostitution sting by the Houston Police Department.

The Houston Police Department (HPD) arrested at least 140 men in a 10-day sting at a massage-parlor-turned-brothel on Westheimer.

The Houston Police Department (HPD) arrested at least 140 men in a 10-day sting at a massage-parlor-turned-brothel on Westheimer.

According to the church website, Moliere had been preaching in Houston for three years before taking his position with the First Haitian Community Church.