At least 227 slaughtered children have been found at the world’s largest child sacrifice site in Peru.

Strange Sounds – And as reported by the site’s choef archeologist: “Wherever you dig, there’s another one.“ 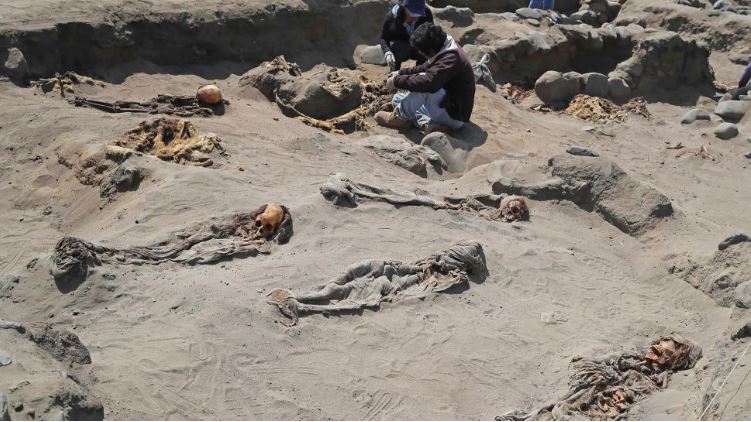 There are some very weird and terrifying archeological discoveries… And some are even more horrifying than your worst nightmare.

In what archaeologists are calling the largest child sacrifice burial site in the world, at least 227 boys and girls (aged 4 to 14) were found in a mass grave in Peru. Their remains were interred roughly 600 to 800 years ago, most probably during a massive ritual sacrifice.

According to researchers who have been excavating the site for more than a year, this find represents the single largest child burial site on Earth, and the bodies discovered so far may just be the tip of the proverbial blade.

“Wherever you dig, there’s another one,” said the site’s chief archeologist Feren Castillo

The children’s bodies, likely buried from 600 to 800 years ago, were found facing the sea in the modern-day town of Huanchaco, Peru, which was once a port favored by the pre-Colombian Chimú culture — a society that arose around the year 900 and resided along the northern coast of Peru until they were conquered by the Inca Empire around 1475.

The Way They Were Killed Is Just Horrifying

According to Castillo, the site is reminiscent of nearby burial grounds where large groups of children were seemingly marched to the coast, stabbed in the chest one by one and interred in a mass grave. The children at Huanchaco were each between 4 and 14 years old when they died, the archaeologists said, and some of the bodies still bore traces of skin and hair.

Given the site’s location and the evidence that the bodies were buried during wet weather, Castillo said it’s likely that the children were killed as offerings to the gods who controlled the El Niño phenomenon, a semiannual climate cycle that can result in cataclysmic storms and hurricanes in South America. 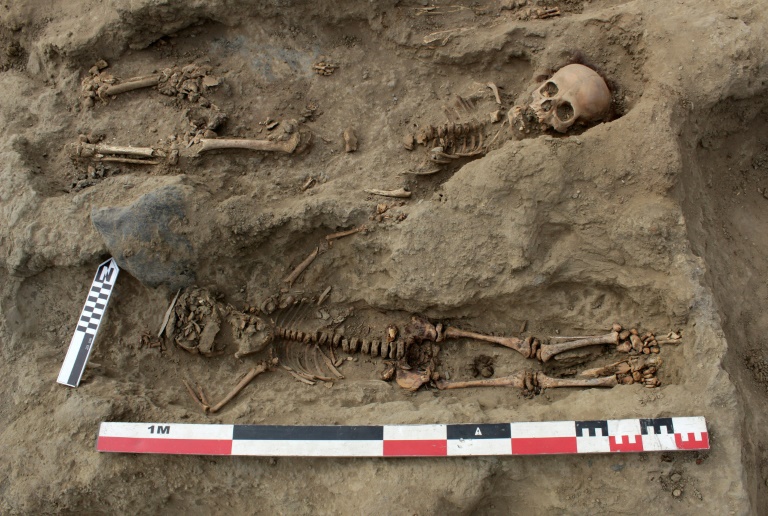 A similar weather-motivated sacrifice may have occurred at the nearby Chimú burial site of Huanchaquito, where the remains of 140 children were discovered in 2018. These children, who were from 5 to 14 years old when they died, were found with their chests cut open, and in some cases, their hearts had been removed. Researchers found the remains of 200 slaughtered llamas nearby.

At the time, that site was considered the largest child burial ground in the world. But now we have a new record with at least 227 bodies of slaughtered children… Again in Peru!

Archaeologists have uncovered the skeletal remains of 227 children seemingly slain and buried hundreds of years ago in a massive ritual sacrifice in Peru. Picture: © Ernesto Arias/EPA-EFE/Shutterstock

The Chimú resided on a strip of desert on the northern coast of Peru. The rivers in the region carved a series of fertile valley plains, which were very flat and well-suited to irrigation. Agriculture and fishing were both very important to the Chimú economy.

Worshipping the moon, the Chimú, unlike the Inca, considered it more powerful than the sun. Offerings played an important role in religious rites. A common object for offerings, as well as one used by artisans, was the shell of the Spondylus shellfish, which resides only in the warm coastal waters off present-day Ecuador. Associated with the sea, rainfall, and fertility, Spondylus shells were highly valued and traded by the Chimú people, and the exchange of the shells played a significant economic and political role in the empire. Source: Wikipedia

Looks like they offered a bit more than shellfish to their moon god Lucifer!