Your News Wire – Former New York Times journalist Kurt Eichenwald was the administrator of a sick child pornography website, according to WikiLeaks.

Eichenwald, a huge Hillary Clinton supporter, recently attempted to sue an independent journalist for claiming that he had paid thousands of U.S. dollars for child pornography online. 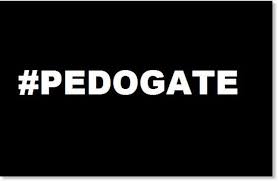 It turns out, the claims made by the journalist were true.

• Using a fake name, Eichenwald spent $1,184 to buy digital photos from Berry. It is not clear whether they were pornographic, or if they were made when Berry was under age 18 or older. But PayPal allows purchasers to send memos with their money, and Eichenwald sent Berry several messages discussing the quality of the pictures he bought. “I found a pretty good one but the lighting sucks… still worth 100.” “There are just 20 in the file, and most of them are nothing (shots of beds and driveways, or you rolling a joint).” “I found 3 so far that I either didn’t already have and were good.” “100…we gotta talk about what the really good ones are.” (The ellipses are in the court document.)

All this information has come out in Tennessee federal court because one of the four convicted men, Timothy Richards, is trying to convince a judge that Eichenwald and Berry engaged in a conspiracy to entrap him into Berry’s criminal activities with underage pornography. In extensive filings which Eichenwald and his lawyers tried for weeks to keep sealed, Richards’ allegations are vigorously contested. Rather than conspiring, Eichenwald says in one filing, he was just trying to learn more about Berry. After consultation with his wife, he adopted the tactic of “posing as an online predator.” In 1999, National Public Radio freelancer Larry Matthews was successfully prosecuted by the Department of Justice after working on a story about child porn in which he impersonated a pedophile online by using a pseudonym and downloading illegal material.

[…]
After the documents were unsealed this reporter contacted the New York Times asking whether they were previously aware of Eichenwald’s actions as now revealed in the court documents in Nashville. The Times was asked specifically about five points:

1. Eichenwald used the $1,184 PayPal payments he paid Justin Berry to buy photos from Justin. Was Eichenwald’s editor or anyone else at the Times aware that Eichenwald was engaged in business transactions with Justin in 2005 around the time of the buying of photos?

2. Eichenwald told Berry during this time that he could help him with ideas to make more money. Is this something the Times was aware of?

5. Eichenwald was not merely a member of the illegal site mentioned above. He also had administrative privileges to enter it, involving a special password available only to those managing the site. He used the password more than 20 times in late June, 2005 to sign onto the site. Was the Times aware of this?

The Times responded that it is “in the process of independently reviewing” the documents unsealed in Nashville.

Read much more at Your News Wire.