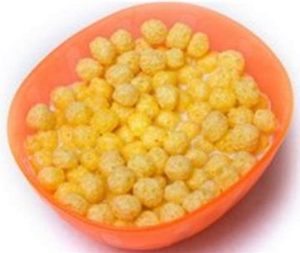 Kellogg’s is a sinking ship, akin to the titanic,  after choosing the Communist Democrat Platform and attacking President Trump. It has been a soggy slide for the once Crispy Crunchy Company since Breitbart News took on the Cereal giant.

No one, (except a few of us Real Christians) said anything when the Icon of Kellogg’s turned from Packing Cereal Boxes with the beloved Frosted Flakes, to Packing the Gravel of fellow Homosexual’s!

Oh but now, let them have a Corn Pop a couple shades darker then the rest pushing a broom and a “person of Color” has a Hissy-Fit! They waste no time apologizing and change the box!  Yes indeed, Kellogg’s has changed its stripes and now is suffering the consequences!

Tony the Tiger came out of the Box some time ago…. “Wear your stripes with pride,”

The old saying “a tiger cant change its stripes” seems to be a falsehood. Good ole Tony the Tiger is now a Queer Tiger, thus changing those family value stripes he has worn for decades. Pretty soon you will probably see him with his partner Steve the Tiger doing promotions together.

See a list of Manufactures, Retailers and Super heroes who are now Queer!

USA Today – Kellogg’s will be redesigning Corn Pops cereal boxes after a complaint about racially insensitive art on the packaging.

The Battle Creek, Mich.-based cereal and snack maker said on Twitter Wednesday it will replace the cover drawing of cartoon characters shaped like corn kernels populating a shopping mall. The corn pop characters are shown shopping, playing in an arcade or frolicked in a fountain. One skateboards down an escalator.

What struck Saladin Ahmed was that a single brown corn pop was working as a janitor operating a floor waxer. Ahmed, current writer of Marvel Comics’ Black Bolt series and author of 2012 fantasy novel Throne of the Crescent Moon, took to Twitter on Tuesday to ask, “Why is literally the only brown corn pop on the whole cereal box the janitor? this is teaching kids racism.”

Why is Mr. Ahmed not equally concerned that Kellogg’s teaching Children to be Queer?

hey @KelloggsUS why is literally the only brown corn pop on the whole cereal box the janitor? this is teaching kids racism. pic.twitter.com/Nh7M7IFawW

He added in a subsequent post: “yes its a tiny thing, but when you see your kid staring at this over breakfast and realize millions of other kids are doing the same…”

Kellogg’s responded to Ahmed on the social media network about five hours later that “Kellogg is committed to diversity & inclusion. We did not intend to offend – we apologize. The artwork is updated & will be in stores soon.”

See the rest at USA Today

Hey Kellogg’s, you are teaching Children to be Homosexuals and that offends me! How about Ole Tony gets him a FEMALE WIFE on the next box of Frosted Flakes and he says “SHE’s GRRRRRREAT?