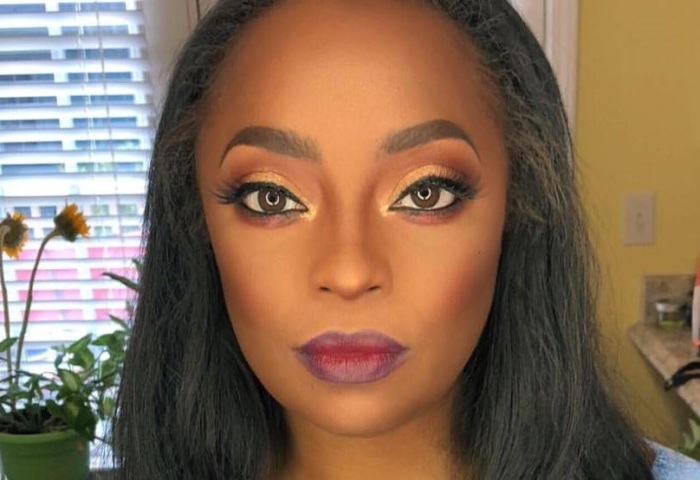 Christian Post – The Vision Church of Atlanta, Georgia, a progressive congregation, has added a psychic medium who claims to commune with the dead to their staff.

Deuteronomy 18:10 -11-12 “There shall not be found among you any one that maketh his son or his daughter to pass through the fire, (that is human sacrifice) or that useth divination, or an observer of times, or a witch, or a charmer, or a consulter with familiar spirits, or a wizard, or a necromancer. For all are an abomination unto the LORD: and because of these abominations the LORD thy God doth drive them out from before thee.” 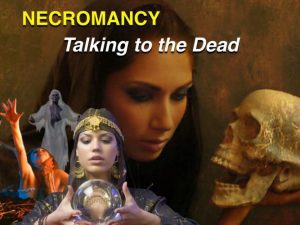 Divination or Observer of Times: the practice of seeking knowledge of the future or the unknown by supernatural means.

Charmer: a person with an attractive and engaging personality, typically one who uses this to impress or manipulate others.

Consulter with familiar spirits: Such a person was called by the Hebrews an ‘ob, which properly means a leather bottle; for sorcerers were regarded as vessels containing the inspiring demon. This Hebrew word was equivalent to the pytho of the Greeks, and was used to denote both the person and the spirit which possessed him (Lev. 20:27; 1 Sam. 28:8; compare Acts 16:16). The word “familiar” is from the Latin familiar is, meaning a “household servant,” and was intended to express the idea that sorcerers had spirits as their servants, ready to obey their commands. Source.

Lakara Foster, who holds a doctorate of ministry from The Interdenominational Theological Center, is now a licensed minister at The Vision Church of Atlanta, Rolling Out reported. She is also the creator and star of the YouTube series “The Gift,” which she argues God told her to do. It follows her life as a medium, minister, and spiritual teacher. (She is a bona fide Witch)

“God told me to do the show. Honestly, I was reluctant at first because I felt very vulnerable and thought I would get a lot of pushback and negative feedback being a minister and a medium. I thought people wouldn’t understand but I knew I still had to do it. I knew I had been called to do it. When I asked God, ‘Why this gift? Why not singing? God said, ‘I promised my people eternal life. How will my people know that I’ve kept promise if you don’t demonstrate your gift?’” she told Rolling Out.

She did not hear from God. She heard what she wanted to hear and Satan was right there to oblige!

Foster argues that psychic mediumship should be included among the spiritual gifts of the modern Church because James 1:17 teaches that “every good and perfect gift is from above.”

The Christian Post reached out to The Vision Church for comment on the appointment Thursday but no one was immediately available.

In an interview with Great Day Louisiana earlier this year, Foster discussed how her gift allows her to communicate with the dead.

“A psychic medium, what I try to explain to people is, psychic is a very umbrella term. I believe to some degree we all have some type of psychic intuition. A medium falls under that umbrella. Being a medium allows me to communicate with our loved ones who are departed. So I tell people all mediums are psychic but all psychics are not medium,” she said.

She explained that she has been using her gift for a long time and had always wanted to use her gift without sacrificing her faith in Jesus.

Those last 2 paragraphs prove she knows that what she is doing is NOT of God. Spiritual Gifts come from the LORD via the Holy Spirit and nothing else! She had to “Merge the Two” meaning she put witchcraft and “another Gospel” in the same basket making it look and sound and look like it is of God. It is NOT!

Galatians 1:6-9 I marvel that ye are so soon removed from him that called you into the grace of Christ unto another gospel: 7 Which is not another; but there be some that trouble you, and would pervert the gospel of Christ. 8 But though we, or an angel from heaven, preach any other gospel unto you than that which we have preached unto you, let him be accursed. 9 As we said before, so say I now again, If any man (or a Jezebel Witch in this case) preach any other gospel unto you than that ye have received, let him be accursed.

Below, we bust ten common myths about Christian colleges and show you why they’re a great choice for any student…

“One of the reasons I pursued my doctorate on this topic is because I really wanted to understand my gift from the intersections of Afrocentrism and Christianity, and why the church believes this gift shouldn’t be considered a spiritual gift among those listed in the Bible,” she further stated to Rolling Out.

Ahh, there you have it!! She is into that Liberation Theology and Ancestral worship out of Africa. Witch doctors, Voodoo and the like!!

Foster noted that she has received a lot of support from her church and members of her family, like her father who also claims to possesses the gift to commune with the dead.

“My church family has been super supportive. … My family has been just as incredible. My father shares a similar gift and my mother is the executive producer of the web-series ‘The Gift,’” she said.

1st John 4:1-4 “Beloved, believe not every spirit, but try the spirits whether they are of God: because many false prophets are gone out into the world. 2 Hereby know ye the Spirit of God: Every spirit that confesseth that Jesus Christ is come in the flesh is of God: 3 And every spirit that confesseth not that Jesus Christ is come in the flesh is not of God: and this is that spirit of antichrist, whereof ye have heard that it should come; and even now already is it in the world. 4 Ye are of God, little children, and have overcome them: because greater is he that is in you, than he that is in the world.”

I can guarantee you this witch has NEVER tried the spirits that she is talking to. IF she did, and IF she asked them about Jesus Christ, she would know they are NOT the spirits of dead people, but are in fact DEMON Spirits!