According to a study conducted by Omer Gokcumen, an assistant professor of biological sciences at the University of Buffalo, ancient humans had intercourse with a “ghost species” of “proto human”.

Yea and all they had to do is look to the Bible to correctly identify what this “species” really is. They are gearing up for the unveiling of aliens and tell us they are our ancestor creators, and our god!

Gokcumen explains that humans are only one member of a broader species named “hominins”. 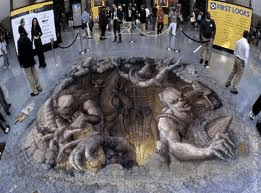 Who are the Nephilim? Were they made by angels, sons of God, the Watchers having sex with women? Genesis 6:4-5 “There were giants in the earth in those days; and also after that, when the sons of God came in unto the daughters of men, and they bare children to them, the same became mighty … Click Here to Read more