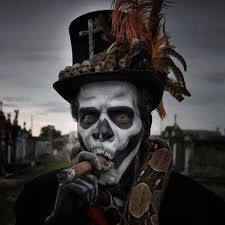 She could have been a victim of some form of Voodoo or Witchcraft spell. Brazil is inundated with witch doctors and shamans who command the powers of darkness. If you are not under the Blood of Jesus Christ, you have no protection from them! The following is translated from Pleno News On Wednesday (8), a … Click Here to Read more

Just so happens this took place during the climax of Mardi Gras!

RT – Video of a man, who had been shot in the face, claiming to work with Lucifer as he walked around a Brazilian hospital has led people to speculate that the man is “possessed by the devil”. Another man can be heard reciting prayers in the background.