My Answer: Since the day it was first instituted by the Druids!! Anything that is attributed to the evil one and false gods has always been sick and twisted. There are NO exceptions!! 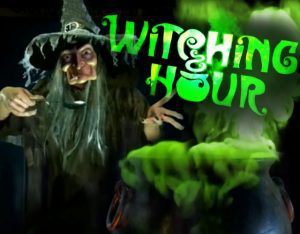 Michael Snyder – Have you noticed that each year the overall tone of Halloween just continues to get darker and darker? The movies keep getting more graphic, the decorations keep getting more gory and even the costumes keep getting more twisted. When I was growing up, I remember watching relatively benign cartoons such as “It’s A Great Pumpkin, Charlie Brown”, and on Halloween night we would put on our silly store-bought costumes and go trick-or-treating. It was always a little bit difficult breathing through the stupid plastic masks, but my siblings and I were eager to gather lots of candy from the neighbors. Of course as a child I had no idea what the real meaning of Halloween was, and so I eagerly participated in the festivities. During those years, I just thought it was a time to dress up as my favorite cartoon character and eat candy until I felt ill.

But as our entire culture has become more sick, twisted and gory, so have our Halloween celebrations.

Do you notice the difference?

We are like the proverbial “frog in the kettle” – over time we have become increasingly accustomed to occult influences in our entertainment, and over time they have just kept turning up the heat.

These days, many families eagerly embrace the gory side of Halloween. The following comes from a newspaper article about the “ Halloween decorations” that one family has put up in front of their home in Pennsylvania…

A Reserve Township family of Halloween enthusiasts have turned their front yard into a neighborhood horror attraction.

Passersby are greeted by a knife-wielding Jason from “Friday the 13th,” corpses hanging out of coffins, demonic clowns, vampires, bats and many more spooky sights. Sound effects are included.

Do they really want children to be traumatized by “a knife-wielding Jason” and “corpses hanging out of coffins” as they walk by that house day after day?

In his most recent article, Paul J. Batura described a house in Colorado Springs that is even worse…

Then there’s a cob-web covered house a few miles from where we live in Colorado Springs with mannequins hanging from the porch rafters. But wait – there’s more. A beat-up old car is parked in the driveway, a blood-splattered mannequin hanging out its window. The last piece of the gory display is a knocked over baby carriage, made to look like it was hit by the car, complete with a dead, bloodied “child” slumped on its side.

And they call this entertainment? I call it sick.

I call it sick too.

Have we actually sunk so low as a society that blood-splattered babies are now considered to be “entertainment”?

But supposedly nobody can top “McKamey Manor”. In order to go through “America’s scariest attraction”, participants must sign a 40 page legal document. The following comes from Newsweek…

Deemed to be America’s scariest attraction, visitors on a tour of McKamey Manor are willing to be physically, psychologically and emotionally tortured in any number of ways from being chained, dragged and slapped to being buried alive by several actors playing a part in the tour.

The scary antics that unfold can be so unbearable that all visitors are said to be allowed a safe word to stop the tour at any point and are required to sign a detailed 40-page legal waiver and must comply with a host of strict rules (including completing a sports physical and having an official medical note from a doctor stating you are mentally and physically cleared to participate) “for your own safety and the safety of the other guests,” the McKamey Manor website states.

Is it really fun to be “physically, psychologically and emotionally tortured”?

But this is where our entire country is going. As our society decays at a pace that is absolutely breathtaking, things are only going to get worse.

There are some that would like to make Halloween more “child-friendly” once again. For example, the Halloween & Costume Association would like to establish a “National Trick or Treat Day” that is held on the last Saturday of October each year. According to Fox News, the Halloween & Costume Association believes that it would be much safer for children to do their “trick or treating” during daylight hours…

The HCA claims there are “3,800 Halloween-related injuries each year” and “82 percent of parents don’t use high visibility aids,” like reflective tape or glos sticks, on their children’s costumes. Most kids don’t carry flashlights while out on Halloween night, the group claims, while “65 percent [of parents] don’t discuss Halloween safety with their children.”

Additionally, 12 percent of children age 5 and younger reportedly go trick-or-treating without adult supervision, according to their data.

Of course many have pointed out that the Halloween & Costume Association only wants this change so that they can make more money, and that is almost certainly true.

And the truth is that making cosmetic changes to this holiday does nothing to change the underlying spiritual purpose that it has always had.

As Fox News has noted, this holiday was known as the ancient occult festival of “Samhain” long before it ever became known as “ Halloween”…

According to The History Channel, All Hallows Eve has been celebrated on Oct. 31 for thousands of years, originating with the Celtic celebration of Samhain, to honor the boundary between the living and the dead.

Virtually all of our current “ Halloween traditions” can be traced directly back to ancient pagan religious practices.

So I don’t celebrate Halloween, and I have not celebrated it for many years.

It has been said that “you are what you eat”. Similarly, what you feed your mind is what you will eventually become.

This week, millions upon millions of Americans will open up the doors of their minds and will eagerly embrace everything that is dark, scary and evil about Halloween.

In life, everything that we do has consequences. I encourage you to think about that as October 31st approaches.