What is wrong with the Name it and Claim it Preachers? 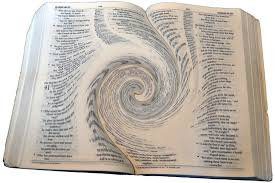 According to the prosperity name it and claim it gospel teachers, Jesus did not complete his work of redemption upon the cross. He took upon himself the nature of Satan. He went to hell and suffered there for three days in torment at the hand of Satan. God looked away from him as he could not look up on sin and when God figured Jesus had suffered enough, he put a stop to it and then Jesus was born again in hell. After that He defeated the devil and returned to the Father.

Who are the prominent Apostates teaching this Blaspheme?

Kenneth Hagin deceased and considered to be the father of the Word of Faith Doctrine, and Kenneth Hagin Jr. is carrying on the Ministry.

Note that all of these are the most prominent ones on the Trinity Broadcasting Network (TBN) and the Daystar Network. There are plenty more so pay attention to what they are teaching.

“…just as receiving eternal life means that we have the nature of God in us, spiritual death means having Satan’s nature.” K. Hagin, Redeemed, Tulsa, OK, Faith Library, 1966, p.29

“When Jesus cried “It is finished!” He was not speaking of the plan of redemption. There were still three days and nights to go through before He went to the throne. He was referring to the Abrahamic Covenant. Jesus’ death on the cross was only the beginning of the complete work of redemption” (Kenneth Copeland, “Jesus – Our Lord of Glory”, ( Believer’s Voice of Victory, April, 1982, p. 3).

“He [Jesus] allowed the devil to drag Him into the depths of hell….He allowed Himself to come under Satan’s control…every demon in hell came down on Him to annihilate Him….They tortured Him beyond anything anybody had ever conceived. For three days He suffered everything there is to suffer.” (Kenneth Copeland, “The Price of It All,” 3.)

“For three days He suffered everything there is to suffer. Some people don’t want to believe that. They want to believe that after His death, Jesus just stayed in that upper region of Sheol that the Bible calls paradise, but they’re mistaken! If He had simply stayed there, there would have been no price paid for sin.” (Believer’s Voice of Victory, Vol. 19, No. 9, Sept. 1991)

“… Jesus died two deaths. He died physically and He died spiritually. When Jesus was made to be sin, He was separated from God… When His blood poured out, it did not atone. It did away with the handwriting of the ordinances that were against us… Jesus spent three horrible days and nights in the bowels of this earth getting back for you and me our rights with God…” (doctrinal statement dated March 12, 1979)

“Do you think that the punishment for our sin was to die on a cross? If that were the case, the two thieves could have paid our price. No, the punishment was to go into hell itself and to serve time in hell separated from God” (Frederick K. C. Price, Ever Increasing Faith Messenger, June 1990, p. 7).

In this video see one of the biggest promoters of this idiocy, Heretic Joyce Meyer

The next 2 parts will deal with the debunking of what these heretics preach.