Trial begins for man accused of dismembering his parents and dissolving their bones in acid, leaving ‘a diabolical stew of human remains’ 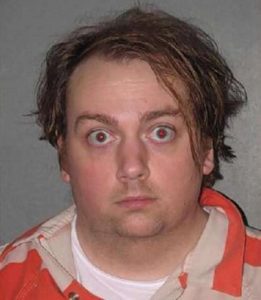 Theresa Braine | MSM –  His parents threatened to cut him off, so he allegedly killed them.

Joel Guy Jr., now 32, had traveled from his home in Baton Rouge, Louisiana, that weekend to celebrate the holiday with his parents and three sisters in Knox County, Tennessee.

At the outset, investigators did not know what had happened to turn him so violent.

But testimony from his sisters on Monday revealed that they had planned to tell him that they were no longer going to support him financially.

That furnished a possible motive, and graphic testimony filled in details of what had transpired.

After stabbing his parents numerous times so fiercely that he not only broke but also severed numerous ribs, he decapitated his mother, the court heard.

The son allegedly set his mother’s head on the stove to boil and doused his parents’ limbs in caustic chemicals, converting them into a “diabolical stew of human remains,” as cops described it on day one of his trial.

Guy Sr.’s severed hands were found on the floor of his bedroom and the couple’s severed torsos in plastic containers in a bathroom, reported the Knoxville Journal Sentinel.

The autopsy reports revealed that the victims’ lungs, liver and kidneys were damaged by multiple sharp force injuries, WVLT reported, and a weapon fragment was found in the muscle tissue of one of Joel Guy Sr.’s shoulder wounds.

There was evidence of what Nassios called a “fierce struggle” during which Guy Jr.’s father had “fought for his life.”

The son undressed his father after killing him and dumped his clothes in a bloody pile, authorities said. He did the same with his mother, cutting her clothes off, Nassios said.

Joel Guy Jr. allegedly stabbed his mother, 55-year-old Lisa, 31 times, causing 21 severe injuries that severed nine of her ribs and left several stab wounds in her buttocks, prosecutors said. The son then allegedly chopped her legs off below the knee and cut her arms off at the shoulder.

Guy Jr. then allegedly ripped off her head “after blunt force trauma was allegedly applied to her neck,” officials said.

The son then placed many of their limbs into 45-gallon containers, covered them with a “corrosive substance” and left them to liquefy in a “diabolical stew of human remains,” prosecutors said.

This is what cops found when they arrived for a welfare check prompted by a call from Linda Guy’s colleague, who was concerned that she seemed unreachable and hadn’t shown up for work.

Guy had a diabolical to-do list, according to court documents, with items such as “get killing knives” on it.

Knox County Assistant District Attorney General Leslie Nassios had warned potential jurors ahead of time about the graphic nature of the testimony they’d be hearing, the Knoxville News Sentinel reported.

“The fact is you’re going to hear evidence that is truly graphic and disturbing,” she said, according to the News Sentinel. “There’s no other way to characterize it.”

Guy himself would seem to agree. He’s not pursuing an insanity defense and in fact last week requested the death penalty – an ask that prosecutors denied, the News Sentinel reported.