There were a total of 71 shot, mostly Black on Black, in Lesbian Lunatic Lightfoot’s Chicago: At Least 71 Shot Over July 4th Weekend

See a list of Democrat Scum that has their roots in this Hell-hole!

Can Any Good Thing Come Out of Chicago?

And, as usual, the Fake News Outlets are trying to paint him as Right Wing to push their Gun Control Narrative!

The Gun did NOT kill. It was just an instrument, one of many this Lunatic could have used, to carry out the plot of the enemy.

The Bastard (Hebrews 12:8) was on POLICE RADAR!

Confessed Highland Park shooter Robert Crimo III admitted to cops three years ago that he was a depressed teenage drug user when quizzed about threatening to “kill everyone” in his family, newly released documents show. Source

The rapper suspected of killing six people and wounding more than a dozen others during his massacre at a July 4 parade ‘was known to law enforcement’.

Six people were killed and 24 wounded during an Independence Day parade massacre in the affluent Chicago suburb of Highland Park, Illinois, on July 4.

Suspect Robert ‘Bobby’ Crimo III, 22, who goes by the moniker Awake the Rapper and boasts more than 16,000 monthly listeners on Spotify, was reportedly ‘known to police.’

It is not yet known if this was because of the violent videos that were hosted by YouTube until they were taken down Monday night.

Music videos posted by Crimo online last fall include a drawing of himself shooting people and a clip of himself throwing bullets on the floor of a classroom while wearing armor in what appears to be a joke about school shootings. Source

Is he a closeted Tranny? He disguised himself as a woman after he murdered people to escape.

Paul Crimo recalled seeing his nephew, Robert E. Crimo III, dressed in girl’s clothing about a year before the 22-year-old allegedly fired 70 shots into a crowded parade – but he didn’t understand why. Source

It would not surprise me if he is on Psychotropic Drugs, and has seen a shrink, like so many of his murdering Comrades were!

Covelli (his Lawyer) said authorities had contact with Crimo twice in 2019. The first time was in April 2019, after law enforcement officers followed up on a reported suicide attempt, which Covelli said was handled by a mental health professional.

Police also responded to a call in September 2019 after a family member reported that Crimo had threatened to kill relatives in his home. Multiple knives were confiscated, as well as a sword and a dagger, but he didn’t have firearms, Covelli said. Source

He was also heavily into Satanism, as is evident from this video he produced:

See that symbol that is in the video? Check this out…, The Suomen Sisu Symbol Meaning

Thelibertydaily.com reports: But here’s the thing. Whether he is a Trump supporter, a Biden supporter, or an Elvis fan, it doesn’t really matter. He’s a deranged, demonic individual whose worldview clearly lurches away from any common political ideology. The crimes he is accused of committing are not driven by political motivations. He’s mentally ill and was guided by anger, narcissism, and purely evil forces. Whether those forces were imagined through psychosis or driven by outside factors is up for debate.

One theory seems to have legs. The notion that he’s a product of “MK Ultra” or some other brainwashing system is compelling when we look through his social media and watch his videos. He has the characteristics of someone whose mind has been broken. Whether that came as a result of abuse or external nefarious forces is unknown, but it’s possible he’s the latest in a long line of young men driven to mass murder for the sake of driving an agenda.

In a time when eventual gun confiscations seem to be one of the primary goals of the globalist elites, these types of mass murders help drive them closer to achieving their goals.

Looks like the Devils Disciple is an Antifa Member also

Bobby Crimo took a photo of himself at a Trump Rally and from that they're saying he's a Trump supporter… problem is… there are also photos of him in ANTIFA Black Bloc gear. Chances are VERY GOOD he was at the Trump rally as Antifa… -VJ pic.twitter.com/9btpBho3kq

Rose in the Fist Tattoo – The Rose in the Fist was a political alliance of parties in Italy. The RnP was composed of the Italian Democratic Socialists, the Italian Radicals and some independent members gathered in the Association for the Rose in the Fist. RnP was part of the centre-left coalition The Union, and was one of the main supporters of gay rights, abortion and euthanasia in Italian politics. Source 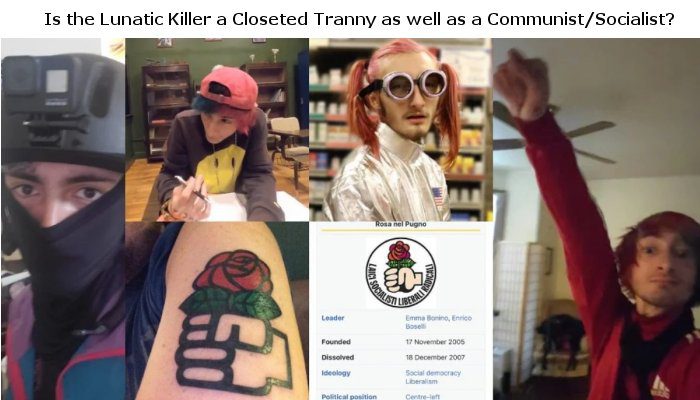 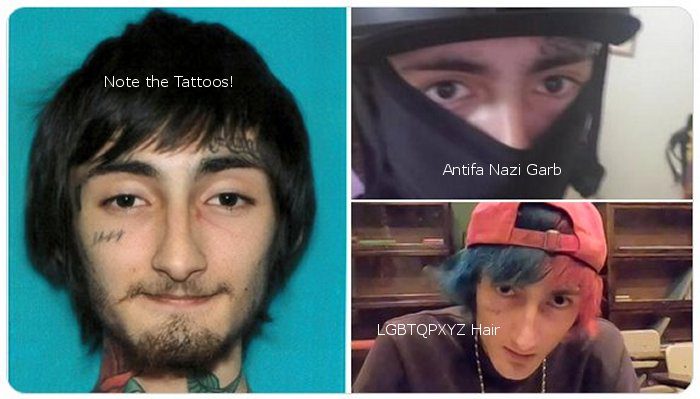 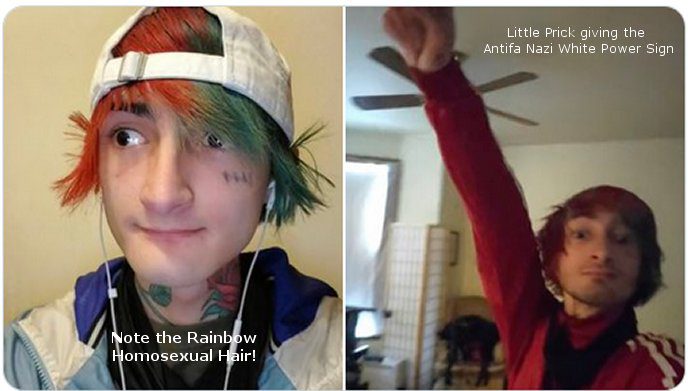