THE RFID CHIP What’s it to YOU? 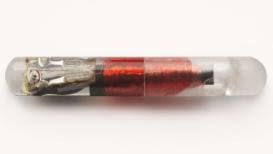 We are rapidly advancing toward a world where everything will be accessed using a single RFID microchip. This microscopic implant can make your physical body machine readable and act as a universal identity token for navigating through a world increasing dominated by technology. Your RFID implant can provide instant, easy, secure access to your bank account, laptop, phone, car, office, motorcycle, and your own front door.

If you look online you can find a plethora of articles about the Mark of the Beast. Is the RFID the Mark of the Beast or is it not? Is the Mark of the beast Sunday Worship? Or, is it just a matter of where you loyalties lie? I cannot tell you with certainty that the RFID chip is THE MARK OF THE BEAST, but you cannot deny that it sure meets all the criteria. Regardless of whether or not it is the actual Mark of the Beast, it is definitely something far more sinister than anyone can possibly imagine. It is being promoted as the greatest super power ever developed. Let me assure you, it is meant for your destruction. They have developed this thing far beyond anything that they are revealing to you or even that they ever intend to reveal to you.

If you are curious to know a little bit about some of the possible characteristics of this chip, take an adventure on line and learn about nano technology. It will blow your mind. The most horrendous things about this chip are 1) that it can track your every move and listen to your every word 2) that it can control your mind 3) that it can change your DNA and 4) that it can monitor and/or even regulate all of your bodily functions 5) it has the capability of instantly killing you, if it is decided you are an undesirable.

The following are exerpts from: Microchip Mind Control,Implants And Cybernetics http://www.rense.com/general17/imp.htm 12-6-1

Actual 1974 Congressional Testimony of Dr. Jose Delgado –
Director of Neuropsychiatry Yale University Medical School
(Author of “PHYSICAL CONTROL OF THE MIND” 1969)
Congressional Record, No. 26, Vol. 118 February 24, 1974
“We need a program of PSYCHO SURGERY for POLITICAL CONTROL of our society. The purpose is PHYSICAL CONTROL OF THE MIND. Everyone who deviates from the given norm can be SURGICALLY MUTILATED.
“The individual may think that the most important reality is his own existence, but this is only his personal point of view. This lacks historical perspective.
“Man does NOT HAVE THE RIGHT to develop his own mind. This kind of liberal orientation has great appeal. We must ELECTRICALLY CONTROL THE BRAIN. Some day armies and generals will be controlled by electric stimulation of the brain.”

Yoneji Masuda, “Father of Information Society,” stated his concern in 1980 that our liberty is threatened Orwellian-style by cybernetic technology totally unknown to most people. This technology links the brains of people via implanted microchips to satellites controlled by ground-based super-computers.

Rauni Kilde, MD December 6, 2000 ___
The first brain implants were surgically inserted in 1874 in the state of Ohio, U.S.A., and also in Stockholm, Sweden. Brain electrodes were inserted into the skulls of babies in 1946 without the knowledge of their parents. In the 50’s and 60’s, electrical implants were inserted into the brains of animals and humans, especially in the U.S., during research into behavior modification, and brain and body functioning. Mind control (MC) methods were used in attempt to change human behavior and attitudes. Influencing brain functions became an important goal of military and intelligence services.
Thirty years ago brain implants showed up in xrays the size of one centimeter. Subsequent implants shrunk to the size of a grain of rice. They were made of silicon, later still of gallium arsenide. Today they are small enough to be inserted into the neck or back, and also intravenously in different parts of the body during surgical operations, with or without the consent of the subject. It is now almost impossible to detect or remove them.
Today’s microchips operate by means of low-frequency radio waves that target them. With the help of satellites, the implanted person can be tracked anywhere on the globe. Such a technique was among a number tested in the Iraq war, according to Dr. Carl Sanders, who invented the intelligence-manned interface (IMI) biotic, which is injected into people. (Earlier during the Vietnam War, soldiers were injected with the Rambo chip, designed to increase adrenaline flow into the bloodstream.) The U.S. National Security Agency’s (NSA) 20 billion bits/second supercomputers could now “see and hear” what soldiers experience in the battlefield with a remote monitoring system (RMS).
Using a RMS, a land-based computer operator can send electromagnetic messages (encoded as signals) to the nervous system, affecting the target’s performance. With RMS, healthy persons can be induced to see hallucinations and to hear voices in their heads.
Every thought, reaction, hearing and visual observation causes certain neurological potential, spikes, and patterns in the brain and its electromagnetic fields, which can now be decoded into thoughts, pictures and voices. Electromagnetic stimulation can therefore change a person’s brainwaves and affect muscular activity, causing painful muscular cramps experienced as torture.
Mind control techniques can be used for political purposes. The goal of mind controllers today is to induce the targeted persons or groups to act against his or her own convictions and best interests. Zombified individuals can even be programmed to murder and remember nothing of their crime afterward. Alarming examples of this phenomenon can be found in the U.S.
Today’s super technology, connecting our brain functions via microchips (or even without them, according to the latest technology) to computers via satellites in the U.S. or Israel, poses the gravest threat to humanity. The latest supercomputers are powerful enough to monitor the whole worlds population. What will happen when people are tempted by false premises to allow microchips into their bodies? One lure will be a microchip identity card. Compulsory legislation has even been secretly proposed in the U.S. to criminalize removal of an ID implant.

When our brain functions are already connected to supercomputers by means of radio implants and microchips, it will be too late for protest. This threat can be defeated only by educating the public, using available literature on bio telemetry and information exchanged at international congresses.

Time is running out for changing the direction of military medicine, and ensuring the future of human freedom. —

Helsingin Sanomat, the largest newspaper in Scandinavia, wrote in the September 9, 1999 issue that Scientific American magazine estimates that after the Millenium perhaps ALL people will be implanted with a “DNA microchip”.
Neuro-electromagnetic involuntary human experimentation has been going on with the so-called “vulnerable population” for about 50 years, in the name of “science” or “national security” in the worst Nazi-type testing, contrary to all human rights. Physical and psychological torture of mind control victims today is like the worst horror movies. Only, unlike the horror movies, it is true.

It happens today in the USA, Japan, and Europe. With few exceptions, the mass media suppresses all information about the entire topic.
The Patent Office of the U.S.A. has granted patents for purposes of mental monitoring and mind alteration.

Apparatus and method for remotely monitoring and altering brainwaves, methods for inducing mental, emotional and physical states of consciousness, in human beings. Method of and apparatus for desired states of consciousness are among some of them.
Only increased public awareness of the microchip implants, their frightful consequences to privacy by influencing of individuals’ thoughts and actions, causing people to become biological robots with physical and emotional pain whenever the supercomputer technician so wishes, is enough reason to refuse to take the chip into your body for whatever reason.

It is the biggest threat to humanity and the most sinister plan to enslave the human race forever.

If you have a choice and want to remain a normal human being with privacy, do not have your children nor yourself implanted with a DNA microchip. Otherwise your vision, hearing, sensing, thoughts, dreams and subconscious will be influenced by an outsider, who does not have your best interests in mind.

They are injecting people with this chip without their knowledge or permission. The chip is part of the vaccines! In conversation a young man shared that he was at the doctor’s office and was told that he needed a shot of antibiotics. When the nurse came in the room, she had two needles. He said he asked her what the other one was for, and she tried to blow it off. She gave some lame remark and continued with what she was doing. When he pressed further she said, “nothing to worry about, it has to do with your medical information”. When he finally learned the truth, he found they were going to implant and RFID chip without his knowledge or consent! This is real, folks. DON”T TAKE THE VACCINES. Stay away from doctors if you can! TRUST GOD! He is your healer.

NOT CONVINCED YET THAT YOUR GOVERNMENT WOULD DO THIS TO YOU??? WATCH THESE NEXT VIDEOS…. 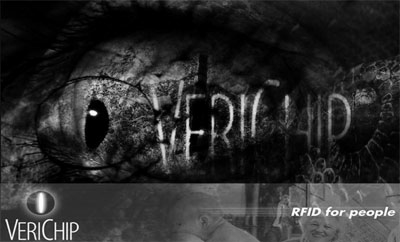