The media seems to be spinning this as a Christian Church. IT IS NOT!

What they are is a Pagan Cult who worship many false gods!

If you Identify as a Christian, there should be NO SUCH THING as “White church”, “Black church”, “Hispanic church”, “ Catholic church”, “Mormon church”, “Baptist church”, “Pentecostal church” etc., only the Church of the Lord Jesus Christ. Anyone who thinks, preaches, or teaches otherwise is Racist!!!

Malachi 2:10 “Have we not all one father? hath not one God created us? why do we deal treacherously every man against his brother, by profaning the covenant of our fathers?”

But these Pagans don’t believe in the True God of Heaven. The worship many false gods and Idols!

Exodus 20:3-6 “Thou shalt have no other gods before me. 4 Thou shalt not make unto thee any graven image, or any likeness of any thing that is in heaven above, or that is in the earth beneath, or that is in the water under the earth: 5 Thou shalt not bow down thyself to them, nor serve them: for I the LORD thy God am a jealous God, visiting the iniquity of the fathers upon the children unto the third and fourth generation of them that hate me; 6 And shewing mercy unto thousands of them that love me, and keep my commandments.” 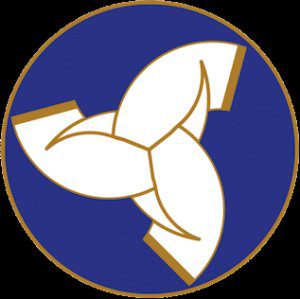 When the church doors open, only white people will be allowed inside.

That’s the message the Asatru Folk Assembly in Murdock, Minnesota, is sending after being granted a conditional use permit to open a church there and practice its pre-Christian religion that originated in northern Europe.

Despite a council vote officially approving the permit this month, residents are pushing back against the decision.

Opponents have collected about 50,000 signatures on an online petition to stop the all-white church from making its home in the farming town of 280 people.

The Southern Poverty Law Center describes Asatru Folk Assembly as a “neo-Volkisch hate group” that couches “their bigotry in baseless claims of bloodlines grounding the superiority of one’s white identity.”

Many residents call them a white supremacist or white separatist group, but church members deny it.

The fact that they say “We do not need salvation” proves they no nothing about the Lord Jesus Christ, and are NOT Christians! BTW, President Trump said basically the same thing BEFORE he became President.

Their forefathers, according to the website, were “Angels ( I bet the writer meant Anglos) and Saxons, Lombards and Heruli, Goths and Vikings, and, as sons and daughters of these people, they are united by ties of blood and culture undimmed by centuries.”

“We respect the ways our ancestors viewed the world and approached the universe a thousand years ago,” Turnage said.

The AFA purchased its building this year on property in a residential zone. Constructed as a Lutheran church before the zoning was changed, it was later converted to a private residence. The folk assembly needed the permit to convert the residence back to a church.

Asatru is a Nordic religion based on the ancient paganism of the Viking age. The word Asatru means “belief or faith in the gods,” specifically a group of Norse gods called Æsir. Recent times have seen the growth of neo-paganism, including a modern version of Asatru.

According to the Norse creation myth, the gods called the first man Ask and the first woman Embla. From this man and woman came all the humans who inhabited “Middle Earth.” Initially, the world was either jungle or desert. The Æsir cleared out the jungle, creating a space for themselves and humans to inhabit. The gods created a home for man and called it Midgard. In the midst of Midgard is Asgard, and there the gods planted a tree, called Yggdrasil. As long as this tree exists, the world will exist.

In pre-Christian Scandinavia, Norse deities such as Odin, Thor, Frey, and Freyja were worshiped. Odinists are polytheists who believe that the gods and goddesses are real beings with distinct personalities. Today, Odinism is an attempt to reconstruct the ancient European paganism. Whereas Odinism is sometimes linked with racist Nordic ideology, Asatru may or may not refer to racist ideals. Nordic racial paganism, which is synonymous with the Odinist movement, is a spiritual rediscovery of the Aryan ancestral gods.

A revival of this Germanic paganism occurred in the early 1970s when the Icelandic government recognized Asatru as a religious organization. The Odinic Rite has since been established in Australia, England, Germany, the Netherlands, and North America.

Asatru teaches an underlying, all-pervading divine energy or essence which expresses itself in the forms of various gods and goddesses. There is no concept of “original sin,” and so there is no need to be “saved.” Followers of Asatru pray to their gods and goddesses and commune with them and honor them while seeking their blessing through formal rites and meditation.

According to Asatru, people who have lived virtuously will be rewarded in the afterlife, but the main concern is to live life well now and let the next life take care of itself.

By working in harmony with Nature, followers of Asatru become co-workers with the gods. The gods are thought to live within people. (Note: They do. It is called DEMON POSSESSION!)

Deities worshiped in Asatru include Odin, Thor, Tyr, Frigga, and Loki. One’s ancestors are to be honored, as well. A follower of Odin who dies honorably in battle will go to Valhalla. Each god and goddess has his or her own hall to which followers go after death. Some adherents believe in reincarnation, and some believe that matriarchs go on to become a “disir”—a spiritual guardian angel of the family. A core belief is the never-ending circle of creation and destruction, that the universe will always continue to be created and destroyed.

Despite some similarities with the Genesis account of the creation of Adam and Eve, the religion of Asatru bears no resemblance to Christianity. In Asatru, life and death are controlled by a capricious pantheon of gods and goddesses; in Christianity, one sovereign God rules all (Acts 4:24). Asatru teaches there is an afterlife, but where you go depends upon which deity you honor; biblical Christianity teaches that a person goes to heaven if he trusts in Jesus and to hell if he doesn’t (1st John 5:12). There is no concept in Asatru of a holy and righteous Creator who gives humans the opportunity to be saved from the consequences of their sin. The Bible teaches that God loved the world so much that He gave His one and only Son to die for us (John 3:16). Source: Got Questions

Has America become a Pagan Nation?