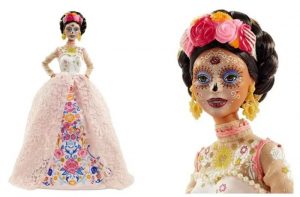 All Saints Day, once celebrated in Spring, was a Roman Catholic observance, which was later to merge with Samhain. This day that honored all the “hallowed” saints was first observed on the evening of May 13, and was known as the All hallows festival. All Saints’ Day or All Hallow’s Eve (from whence Halloween) originated in the 7th century when the Pantheon at Rome was wrested from the barbarians, made into a cathedral, and renamed the Church of the Blessed Virgin and All Martyrs. Thus, from honoring “all gods” (which is the meaning of the Greek word “pantheon”) the Pantheon became the center for glorifying all saints. (This allowed the Pagans to continue to worship multiple gods, just by changing their names to those of the Saints.)

What do Catholics do after Halloween?

Halloween – The Eve of the Devil Part 9

The new combined holiday was officially authorized in 835 by Pope Gregory IV and moved to November 1 to coincide with Samhain. It began on the evening of October 31, which was called All Hallows Eve. This was done to mingle the violent Celtic pagans without having to try and force them to drop their pagan practices and accept Christianity. The church merely made room to accommodate the heathen. The Roman Church incorporated the customs of Samhain as a method of furthering its mission to convert the known world to Roman Catholicism. Samhain and All Saints Day made a strange combination: one reveling in evil spirits, the other honoring “saints.”

Joining of the two celebrations produced a myriad of beliefs about what was happening in the spirit world. Souls supposedly in purgatory were suddenly appearing as witches and toads come to torment persons who had wronged them. The ritualistic bone-fires of Halloween suddenly were burning as a symbol of comfort for the souls in purgatory as people prayed holding burning straw in the air.

Even the wicked trick-or-treating by evil spirits took on an acceptable church flavor as costumed children went around offering to fast for the departed souls in return for money or an offering. As the Celts converted to the new religion, they did not forget their ancient tales of the dead who traveled to the after world on Samhain. In spite of the effort to “civilize the holiday, the exhibitions of this night belied the evil and the observance adopted malicious overtones.

Necromancy – Channeling – Praying or Speaking to the Dead

Deuteronomy 12:29-32 “When the LORD thy God shall cut off the nations from before thee, whither thou goest to possess them, and thou succeedest them, and dwellest in their land; 30 Take heed to thyself that thou be not snared by following them, after that they be destroyed from before thee; and that thou enquire not after their gods, saying, How did these nations serve their gods? even so will I do likewise.31 Thou shalt not do so unto the LORD thy God: for every abomination to the LORD, which he hateth, have they done unto their gods; for even their sons and their daughters they have burnt in the fire to their gods. 32 What thing soever I command you, observe to do it: thou shalt not add thereto, nor diminish from it.“

All Saints’ Day is observed on November 1 by the West ( Roman Catholic Church, for instance). In Eastern rite churches, it is observed on the first Sunday after Pentecost. Its purpose is to commemorate the lives of all saints and, based on the belief of the communion of the living and the dead, to ask for their intercession before God.

All Saints’ Day is also called Allhallows. Halloween is celebrated the day before, or, specifically, the evening before All Saints’ Day. The word Halloween is a derivative of Hallows Eve. The emphasis on spirits, goblins, witches, and other dark images came about from the supposition that the dark forces were especially active just before All Saints’ Day in order to hinder the prayer for the dead that would be offered the next day. The practice of trick or treating dates back to the Middle Ages when poor people would go door to door begging food in exchange for their prayers for the dead.

While the Bible teaches that the dead in Christ are alive, it nowhere teaches us to ask for their intercession. Rather, it urges Christians to come boldly before the throne of grace (to God) knowing that we have a great High Priest, Jesus Christ, who ever lives to make intercession for us (Hebrews 4:14-16, Hebrews 7:24-25). We are to depend upon Christ alone for salvation (Acts 4:12) and upon Him alone for grace for Christian living after salvation. The Bible speaks of Christ as being our one mediator between God and man (1st Timothy 2:5). Source: Got Questions

Roman Catholicism: The official name of All Souls’ Day in the Roman Catholic Church is “The Commemoration of All the Faithful Departed.” Originally, this feast day was celebrated around Easter time, but was eventually moved to November 2, the day after All Saints’ Day (unless the 2nd falls on a Sunday, in which case All Souls’ Day is moved to the 3rd). Roman Catholics pray, celebrate Mass, visit cemeteries, and give alms in memory of those believers who they believe are held in purgatory, in hopes that their souls will be released to heaven. The rest of November is also spent praying for the dead.

Eastern Orthodoxy: Tradition says that in 893 Byzantine Emperor Leo VI wished to dedicate a church to his wife. He was denied, so he dedicated it to “all souls,” ensuring she would be remembered in the celebrations. A feast once devoted only to martyrs was altered to include all the faithful. The Orthodox Church celebrates All Souls’ Day several times throughout the year, including four times during or around Lent.

Although related to pagan festivals of the dead, All Souls’ Day is much younger—from the Middle Ages, at the latest. It is not biblical. Although it is fine to groom cemeteries and remember our departed loved ones, purgatory does not exist, and there is no reason we should pray for the dead. Source: Got Questions

‘The Elegant Skull’, the face of Mexico’s ‘Day of the Dead’ festival, appears in a volcanic ash cloud during an eruption of Popocatepetl volcano just weeks before the annual festivities