Well of course they do. The Fake News Rag, New Your Times, is chocked full of Satanists, Luciferians, Witches, Feminists, Lesbians, Homosexuals, Abortionists, Child Predators, and Pedophiles. They love Child and Human Sacrifice!

Cannibalism is what the Jezebel Witch Marina Abramovic is all about. If you have seen videos and images of her rituals, then you will know that is true. She also has a Blood Lust which again, you can see if you have seen the images and videos.

Here are 3 stories about the Filthy Rag: 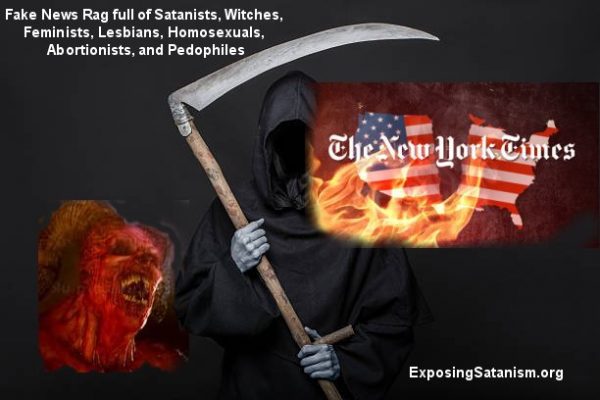 Info Wars – Just days after Microsoft removed the universally hated Marina Abramovic VR ad, the New York Times has presented the satanic high priestess with a rousing defense posing her as the victim. Alex Jones breaks down why Abramovic is so important in circles and why the Times is circling the wagons around her.