Editor’s note: This article contains graphic descriptions that are sexual in nature. The three individuals making the allegations have agreed to allow their names and details of the allegations from the testimonies to be published. Reader discretion is advised.

Nick Muscavage, Bridgewater Courier News – A Presbyterian minister, who said he was following the Bible, used Native American exorcism rituals, gemstones and even oral sex to extract “evil spirits” from men undergoing crises in their lives, the church and men claim.

The so-called healing acts, which date to 1999, were allegedly performed by the Rev. Dr. William Weaver, a prominent Presbyterian minister who served as pastor at Linden Presbyterian Church for 39 years, one of two Presbyterian churches in Linden, a city with a population of over 40,000. He also held several public roles, including chaplain for a county police department. 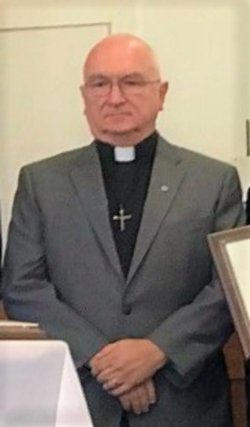 Weaver, 69, was scheduled to face his three accusers during an internal church trial, but on Jan. 25, 2019, one day before the trial was to begin, he renounced the jurisdiction of the Elizabeth Presbytery. He was accused by the church of “multiple acts of idolatry and sexual misconduct.”

The church charges have no bearing on the secular government’s civil and criminal courts. No public charges have been filed against Weaver. The men said they did report the sexual encounters to authorities, but the Union County Prosecutor’s Office said they could not confirm nor deny information regarding this matter.

With his renouncement, Weaver gave up his ordination and membership in the Presbyterian Church but also avoided a religious trial. He then moved to a gated retirement community in Lakewood.

The trial was scheduled after the men alerted the Elizabeth Presbytery, which oversees 41 Presbyterian churches in Somerset, Hunterdon, Middlesex and Union counties.

The Presbytery determined, through an investigating committee, “that there are probable grounds or cause to believe that an offense was committed by the accused,” according to the official church charges. If Weaver was found at the religious trial to have violated church rules, the most punishment he would have faced would have been expulsion from the Presbyterian ministry.

She said the Presbytery’s response to these allegations was in accordance with its policy on sexual misconduct and the Book of Order, the Constitution of the Presbyterian Church in the United States.

“Mr. Weaver was placed on administrative leave while the Investigating Committee conducted interviews with multiple witnesses,” Dobbs-Allsopp continued. “The allegations were found to be credible, and disciplinary charges were filed, and an ecclesiastical disciplinary hearing date was set.”

She also said Weaver renounced the jurisdiction of the Presbyterian Church (U.S.A.) on the eve of his ecclesiastical disciplinary hearing, which halted the disciplinary proceedings.

In doing so, Weaver renounced the jurisdiction of the church, is no longer part of the Presbyterian Church “and he is no longer an ordained minister.”

“Once Mr. Weaver renounced jurisdiction, the disciplinary charges became public subject to the Presbytery’s sexual misconduct policy,” she said. “Pursuant to the Rules of Discipline in the Book of Order, the charges were read to the Presbytery in March 2019 at the next Stated Meeting following Mr. Weaver’s renunciation. The Presbytery of Elizabeth supports, prays for, and seeks healing, wholeness, truth, and justice.”

When reached by phone for comment, Weaver said: “I’m not able to respond. Thank you.”

Weaver, once described as a “shepherd” in the church by one of the men who said he was victimized by the preacher, is now separated from his flock.