Reverend Austin Miles – It is not coincidence. At the exact time that Satanism had been brought into public schools the indiscriminate murders have gained traction. Statues of Satan are now erected in states such as South Carolina by The State House, Detroit, at the Arkansas Capitol, Oklahoma State House, and many others, as mass shootings have become regular occurrences.

Meanwhile, retailers like Walmart are selling Satanic items such as miniature statutes of the enemy of God and provocateur of evil. Since Walmart was a Satan supporter by stocking Satanic items, why were they not protected by Satan? Because Satan does not protect anyone. His job is to destroy people. 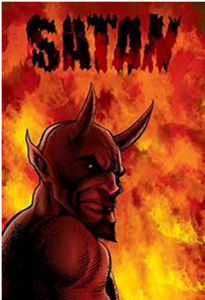 These massacres are pure evil and we are to seek a spiritual, not political, solution. Observe info below, then determine if joining Satan is a wise choice. Here are the offerings:

There are now, after school Satan clubs in the public schools and even some parades. And nobody has the guts to put a stop to this. Satan is the enemy of God and condemned by God. He is so evil he cannot even be forgiven since he is officially condemned. Look at the horrible murders over this past couple of days. Meanwhile, ignorant school kids do a Hitler style salute and yell, “HAIL SATAN !!”

Observe the murderers of the last two days: Connoa Betts who was 24, killed 9 people in Dayton while seriously injuring 27. Betts bragged, “I’m going to hell and I’m not coming back.” It is going to be so great that he wants to stay there forever? No, that is a lie. Hell is such a terrible place where blistering flames constantly roars and singes through the beings of everyone there without letup. When one gets there, he or she is there forever with no letup whatsoever. Betts also knowingly killed his own sister in Dayton.. How proud Satan must be!

Then there is Patrick Crusius, who was 21, killed 22 people and injured 2 dozen more at an El Paso, Texas Shopping Center. Is he going to wait around for a reward from Satan? That will never happen. Satan only wants to kill. He is an enemy of God and is a liar. Notice how young these two satanic murderers are. Yes, young people coming out of the public schools and colleges are useless for any entity but Satan.

The public schools and even the expensive colleges and universities do not contribute one thing for students who started with integrity and manners.

The Bible tells us clearly that at this time, Satan is given one last chance to corrupt as many as he can. This is that last chance of Satan that we are now witnessing. He is desperate to corrupt everyone he can before his time runs out. We will see the finale when Jesus returns. Meanwhile we must all reach out to God, most of us have been instructed about Holy things and have a knowledge of Him.

Get into a church if you are not already. Become involved with that church and read your Bibles. These being the last days is no exaggeration. We are here at the edge. So who do you choose, a merciful God who loves us and wants to bless us and all who are around us, or Satan who is the deceiver, the destroyer and liar who absolutely hates us and God and wants us all to suffer? We are reaching a time when you must make a choice.

In my day we acknowledged God every day, prayed at the beginning of the school day and church was an important part of every life represented. And we surely did not have the problems we have today. And this is our problem. While we kept Satan away from us in those early days, we have since welcomed him into every area of life, indeed, many churches that have LGBTQ clubs. Morals is now a thing of the past, which delights the deceiver. And to go against the Bible is to bring in judgement and destruction.

Readers, please think about this. I love you all and pray only the best for you. Do not be deceived by the Deceiver. If you have a Bible start with reading Proverbs, then Acts and John.

Rev. Austin Miles has broken many major stories including the required study of Islam in the public schools, and reviews books, movies and concerts which brought him an award from University of California at Fullerton for Critical Review.

He was a writer/researcher and technical consultant for the multi-award winning series “Ancient Secrets of The Bible,” which debuted on CBS TV and has been in constant re-runs since. Email: chaplainmiles@aol.com   Website here http://revaustinmiles.com/