“Buckets of arms and legs,” found in facility. 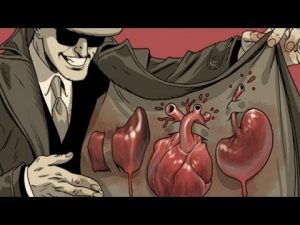 BRC advertised a service where they collect dead relatives’ remains, use them for medical purposes, cremate the remaining portions and return them to family members.

However, 33 plaintiffs in a lawsuit say the company lied and treated their loved ones with disrespect by mishandling the bodies.

“Buckets of heads, arms and legs,” “male genitalia,” and a torso “with the head removed and replaced with a similar head sewn together in a Frankenstein manner,” were all found in the building according to former FBI Assistant Special Agent Mark Cwynar’s testimony.

A list dated 2013 was part of a court file showing prices for body parts.

The FBI raided the facility in 2014, but details are just starting to become public after at least eight families filed suit against BRC owner Stephen Gore.

After pleading guilty in 2015, Gore was sentenced to one year of deferred jail time, four years probation and ordered to pay $121,000 in restitution.

Now, thanks to the joint suit, Gore will be forced to appear in court in October to face the families.