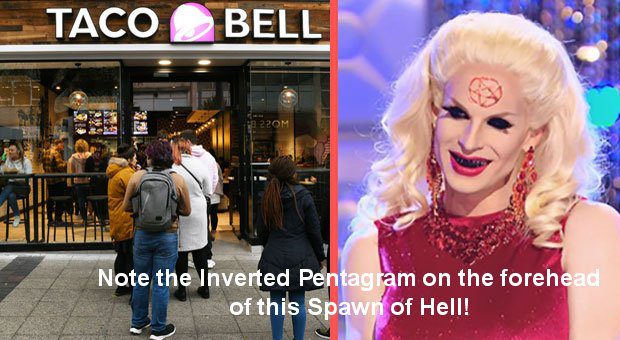 Want to lose weight? Go to Taco Bell and be Nauseated!!!

Restaurant chain Taco Bell has announced its new “Drag Brunch” events that have been launched at several locations across America.

The events will feature drag queens “performing” while customers eat.

“Each show will be hosted by the fabulous drag performer and taco extraordinaire, Kay Sedia, and feature performances from local queens and kings that will transform any morning from Mild to Fire!” according to a Taco Bell press release.

“As a brand that brings people together, the Taco Bell Drag Brunch experience is rooted in celebrating the LGBTQIA+ community and creating safe and welcoming spaces for all.”

Men dressed in “women’s” clothing will be “performing” at Taco Bell Cantinas in several cities.

See other companies that have gone “Queer” that are  documented here.