– ‘Super Mutations’ Render ‘Vaccines’ Useless, Except As A Weapon Against Humanity 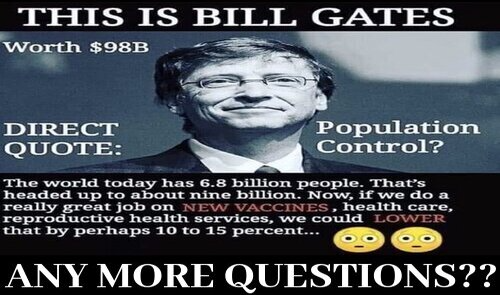 By Stefan Stanford – All News Pipeline – Live Free Or Die

While according to this story over at WebMd, ‘anti-vaxxers’ are a threat to the health of the entire world per the World Health Organization, both that WebMD story and the WHO refuse to report on the many emerging stories of people getting very sick and even dying following their Covid shots.

With this April 8th story over at the Daily Mail a perfect example of what we speak of, with that story reporting a ‘pop-up mass vaccination clinic’ in Colorado has been shut down after the ‘Vaccines For All’ event left 11 people who got Johnson & Johnson’s shot suffering from nausea and dizziness, leaving two people hospitalized, those people may get off lucky if none of them dies, with numerous and growing reports of people dying inexplicably within weeks after getting ‘the vaccine’.

And while many in the insane leftist media are pushing ‘mandatory vaccines for all’ as we’d reported in this April 8th ANP story, why would anyone at all even want to get the vaccine, when 246 fully vaccinated Michigan residents tested positive for Covid-19 after their shots, leaving 3 dead?

The answer is clear.

As this story over at King5 in Seattle, Washington had pointed out, with so many different emerging mutations of this ‘virus’, especially in Brazil where many so-called ‘super mutations’ of this virus are popping up seemingly every day, hampering any real hopes of what they’re calling ‘herd immunity’, if Democrats get their way, people may one day be forced to get a ‘vaccine’ for each mutation, leading to an endless cycle of ‘vaccines’ in our futures.

And sadly as we see in the comments below taken from this April 7th ANP story written by Susan Duclos, a few ANP readers have also had family members hit with severe complications following receiving the vaccine. Please join ANP in praying for all of the people who’ve been injured by these ‘vaccines’.

Via Patricat: “My great uncle is 90 and took the vax. A week later, he had to go to the emergency room with severe anaphylactic reaction. 2 Epi-pens to stabilize him. Doctor says he’s now “allergic to everything”. He can’t travel or go out, and the doc says to be ready to call the ambulance at the first indication of the throat swelling again and that he is in severe danger of a life threatening event from now on. Of course, the doc also says the vax had nothing to do with it”.

And a 2nd comment from an ANP reader: “My mother in law had both doses…last day of Dec and 2nd one third week of January. After first dose she got Covid. She is in nursing home with Alzheimers. Yesterday she was taken to hospital having had 2 strokes and is unresponsive now. Very sad.” 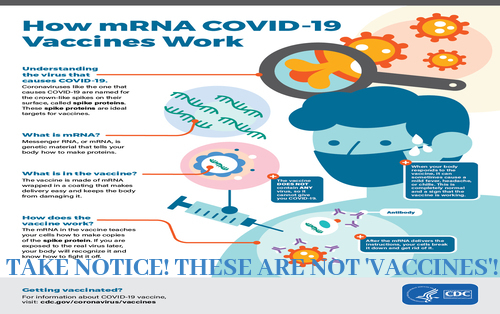 So why should Americans get a vaccine for something that only MIGHT protect them from one variation of the virus when so many different mutations of the ‘virus’ are constantly emerging? From this story at The Sun before we continue.:

BRAZIL’S brutal Covid-19 plague has been branded a “biological Fukushima” by worried scientists after daily deaths surged past the 4,000 mark.

Hospitals are now at breaking point with people dropping dead as they await treatment amid the rise of super-mutant strains which “threaten” the global fight against the virus. (ANP: Notice their use of the words ‘global fight’ as we’re herded into world government and globalism.)

Dr Miguel Nicolelis, a former regional co-ordinator of the country’s pandemic response team, described Brazil’s response to the crisis as a “complete calamity”.

“It’s the largest human tragedy in Brazilian history,” he told the BBC. “We may get to 500,000 deaths by July 1, that’s the latest estimate.

“It’s a nuclear reactor that has set off a chain reaction and is out of control. It’s a biological Fukushima.”

“Brazil is now not only epicentre of the pandemic worldwide it’s a threat to entire effort of international community to control the pandemic on the planet.

“We are brewing new variants every week and some of them may more lethal.. eventually make it to the entire world.”

With Dr. Karladine Graves recently delivering to us a detailed explanation about what makes Covid vaccines so dangerous and as this Freedom First Network story reports, the American people are being completely lied to about everything surrounding the rollout of this ‘vaccine’, which it isn’t. From that story.:

To learn more about these vaccines, I had an excellent conversation with Dr. Karladine Graves. She has treated Covid patients since last year, offering proper treatments that focus on the real science behind CoV-SARS-2. She gave us a detailed explanation of the risks associated with all three vaccines and why Americans should avoid them as much as we’re trying to avoid the disease itself.

First and foremost, she noted that these “vaccines” are not really vaccines.

“Why is the [Covid] vaccine so different from what we used to have to what this new experimental injection is? Because it’s not really a vaccine.” What we’ve used in the past for actual vaccines is to take a “natural virus,” as Dr. Graves put it, and injected it in some safer form into our bodies. This prompted the immune system to launch its defenses so when the full-blown disease entered a body, the mechanisms to fight it would already be in place. “It’s something that is in nature, that we know that is there, and our body expects it every single day,” she said.

“We are bombarded with bacteria and viruses. And our body, our immune system is used to meeting those head-on. And most of the time when we are overwhelmed with something, our bodies take care of it and we don’t even know it.”

The reason for both the dangers and inefficacy of these vaccines comes down to the science behind them, as Dr. Graves explained. “We have a completely different way now of these injections that have been created by mankind, not nature,” she said.

It seems like when man gets into it, it always gets screwed up.”

She detailed the three vaccines that are available to most Americans right now and dove into the science behind their creation and implementation. She started with the Pfizer and Moderna vaccines.

“What they have done is, they have taken a piece of genetic material—it’s RNA—and they basically, they have made it so that it is a synthetic. Now, a synthetic to our bodies is not natural. It’s foreign.”

So with what they’ve been calling ‘vaccines’ not ‘vaccines’ at all, and something created by man, not nature, it’s much easier to understand why so many people will never take this shot. You can hear that entire interview with Dr. Graves in the only video at the bottom of this story. Please read much more from Dr. Graves here.

(ANP EMERGENCY FUNDRAISER: Donations and ad revenue are all that keep ANP online, so please consider donating to ANP to help keep us in this fight for America’s future at this critical time in US history. With ‘slow-Joe’ Biden occupying the White House, and at a time of systematic, ‘big tech’ censorship and widespread Democrat corruption, truthful media and alternative views are crucial.) 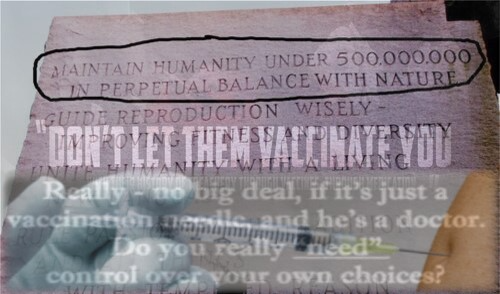 With one mayor in Venezuela having his people go door to door placing a red warning sign on the homes of people who’ve contracted Covid-19 another sign of what is ahead for America, as the Ghion Journal reports in this story titled “The Gestapozation of America: Get Ready for Yellow Armbands of “Vaccine” Apartheid”, America is being herded into ‘known territory’ that we should avoid at all costs for the future of the human race. From that story before we conclude.:

Martin Niemöller distilled what happened during the rise of Hitler and the dawning of Nazism in Germany during the 1930’s perfectly. Tyranny did not suddenly blossom upon the “country of poets and thinkers”; to the contrary, totalitarianism took root at the fringes and slowly enveloped the whole of society slowly before it took off into a full blow sprint toward totalitarianism. Goose-stepping thugs targeted “the others” and incrementally expanded the web to enmesh everyone else in their deranged dragnet.

Niemöller’s poem should send shivers down the backs of every American; what fascists did in Germany ninety years ago our government is in the process of unleashing here in the United States. The same diabolical agenda is being loosened upon France, the United Kingdom, Germany and beyond. While we are busy being distracted by politics and bickering over our differences, warped politicians on the dole of plutocrats like Bill Gates and the Rothschilds are gradually turning up the heat as they broil away our freedoms without our consent.

Yet while Americans have one thing in spades that France and the UK and Germany no longer do, a strong 2nd Amendment and 450 million guns in this country, as the Organic Prepper just reported within this new story, Joe Biden’s latest executive order just turned a whole bunch of Americans who were law-abiding American citizens just days ago into felons. That’s the way we’re headed, America.

And with the globalists depopulation agenda forever written into stone on the Georgia Guidestones, which at first sound benevolent, until you realize that their 1st goal of ‘Maintaining humanity under 500,000,000 in perpetual balance with nature’ really means 7 BILLION people ‘have to go’.