All of this Covid-19 Lock Down Crap is just a ploy to Gaslight and Mind Control the whole planet.

It is a Witchcraft Spell to bring you under control and submission—to those who believe they are gods! Covid-19 is just a trial run to get humanity conditioned to be enslaved. The frog in a pot of water scenario!

While speaking at a forum on pandemic preparedness at Georgetown University in 2017, Dr. Anthony Fauci said that President Trump will be faced with a surprise disease outbreak during his time in office.

At a pandemic preparedness event at Georgetown University in 2017, Fauci, the director of the National Institute of Allergy and Infectious Diseases (NIAID) at the Department of Health and Human Services (HHS), contended that the then-recently-elected president will face “challenges that their predecessors were faced with” concerning infectious diseases.

“If there’s one message that I want to leave with you today… is that there is no question that there will be a challenge to the coming administration in the arena of infectious diseases,” Fauci said during the speech.

“Both chronic infectious diseases in the sense of already ongoing disease, and we have certainly a large burden of that, but also there will be a surprise outbreak,” he added.

“And I hope by the end of my relatively short presentation you will understand why history, the history of the last 32 years that I’ve been the director of NIAID, will tell the next administration that there’s no doubt in anyone’s mind that they will be faced with the challenges that their predecessors were faced with.”

Michael Snyder – Could it be possible that the phrase “dark winter”  has some sort of deeper meaning that most of us are not meant to understand?

We have heard that phrase over and over again in recent weeks, and usually it has been used in discussions regarding the current state of the COVID-19 pandemic.

But it also turns out that “Dark Winter” was also a code name for a high level simulation that was conducted back in 2001. 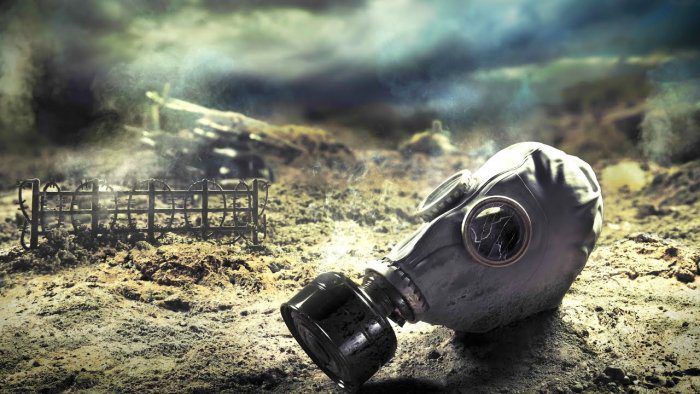 That simulation envisioned a scenario in which a widespread smallpox attack was unleashed inside the United States.

As you will see below, the simulation was “designed to spiral out of control”, and the hypothetical consequences were absolutely disastrous.

The reason why this is a concern is because so many of these “simulations” and “exercises” end up mirroring real life events that happen at a later date.

For example, most of you have probably heard about Event 201 by now.  On October 18th, 2019 a group of prominent individuals gathered in New York City to simulate what would happen during a worldwide coronavirus pandemic…

Event 201 simulates an outbreak of a novel zoonotic coronavirus transmitted from bats to pigs to people that eventually becomes efficiently transmissible from person to person, leading to a severe pandemic. The pathogen and the disease it causes are modeled largely on SARS, but it is more transmissible in the community setting by people with mild symptoms. 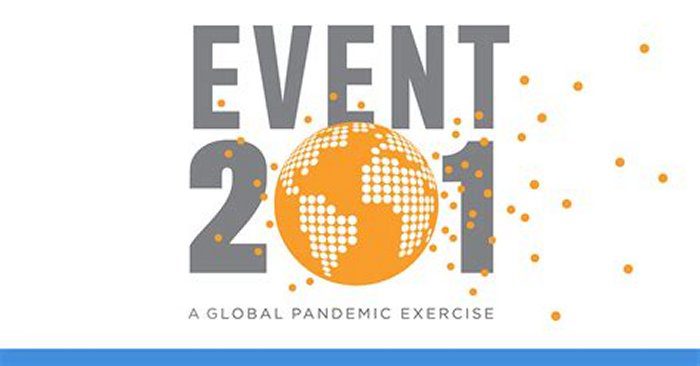 We have seen this same pattern happen so many times, and now we are being told over and over again that a “dark winter” is ahead.

For example, Joe Biden specifically warned us about a “dark winter” during the final presidential debate in October…

Joe Biden warned at Thursday night’s presidential debate that the U.S. was “about to go into a dark winter,” echoing the concerns of public health experts who caution about increased daily Covid-19 case counts converging with the annual flu season.

“We’re about to go into a dark winter. A dark winter,”Biden said. “And he has no clear plan, and there’s no prospect that there’s going to be a vaccine available for the majority of the American people before the middle of next year.”

It is interesting to note that he repeated the phrase twice.

It is almost as if he was determined to make sure that he said it correctly.

And then he started using the phrase over and over again on the campaign trail and he kept using it even after the voting was over.

For example, here is an instance where he used the phrase on the Monday after the election…

Joe Biden on Monday warned that a “very dark winter” is approaching as the U.S. coronavirus case count nears 10 million.

“There is a need for bold action to fight this pandemic,” Biden said in Delaware. “We’re still facing a very dark winter.”

I never thought too much about his use of that phrase, but could it be possible that it is actually some sort of a code word or signal?

We do know that it was a code word for a high level exercise that was held in 2001.  The following comes from Wikipedia…

Operation Dark Winter was the code name for a senior-level bio-terrorist attack simulation conducted on June 22–23, 2001. It was designed to carry out a mock version of a covert and widespread smallpox attack on the United States. Tara O’Toole and Thomas Inglesby of the Johns Hopkins Center for Civilian Biodefense Strategies (CCBS) / Center for Strategic and International Studies (CSIS), and Randy Larsen and Mark DeMier of Analytic Services were the principal designers, authors, and controllers of the Dark Winter project.

It is interesting to note that smallpox is a highly infectious disease that involves sores appearing on the skin.

For those that have read my latest book, you already understand why that detail is so important to me.

And as I already mentioned above, this exercise was specifically designed “to spiral out of control”…

Dark Winter’s simulated scenario involved an initial localized smallpox attack on Oklahoma City, Oklahoma, with additional smallpox attack cases in Georgia and Pennsylvania. The simulation was then designed to spiral out of control. This would create a contingency in which the National Security Council struggles to determine both the origin of the attack as well as deal with containing the spreading virus. By not being able to keep pace with the disease’s rate of spread, a new catastrophic contingency emerges in which massive civilian casualties would overwhelm America’s emergency response capabilities.

Could it be possible that Biden and others are using the phrase “dark winter” to signal that something is about to spiral out of control?

I don’t know.  I am just asking the question.

In Operation Dark Winter, the spread of smallpox also resulted in a “massive loss of civilian life”…

The disastrous contingencies that would result in the massive loss of civilian life were used to exploit the weaknesses of the U.S. health care infrastructure and its inability to handle such a threat. The contingencies were also meant to address the widespread panic that would emerge and which would result in mass social breakdown and mob violence. Exploits would also include the many difficulties that the media would face when providing American citizens with the necessary information regarding safety procedures. Discussing the outcome of Dark Winter, Bryan Walsh noted “The timing–just a few months before the 9/11 attack–was eerily prescient, as if the organizers had foreseen how the threat of terrorism, including bioterrorism, would come to consume the U.S. government and public in the years to come.”[4]

So let me try to summarize what we have learned.

Operation Dark Winter envisioned a scenario in which a highly infectious disease that causes sores on the skin spirals out of control and causes a “massive loss of civilian life”.

And suddenly Joe Biden and other elitists have begun repeating this phrase over and over again as we head into 2021.

Be sure to bookmark this page so that you can refer back to it later.

Reality is often stranger than fiction, and the table has been set for some really, really strange things to happen. Source