Mark Kilroy  was a victim of this type of Mexican folk religion. He was murdered in 1989 in Matamoros Mexico by Cult Member Drug lords who thought their rituals of human sacrifice would make them invincible. 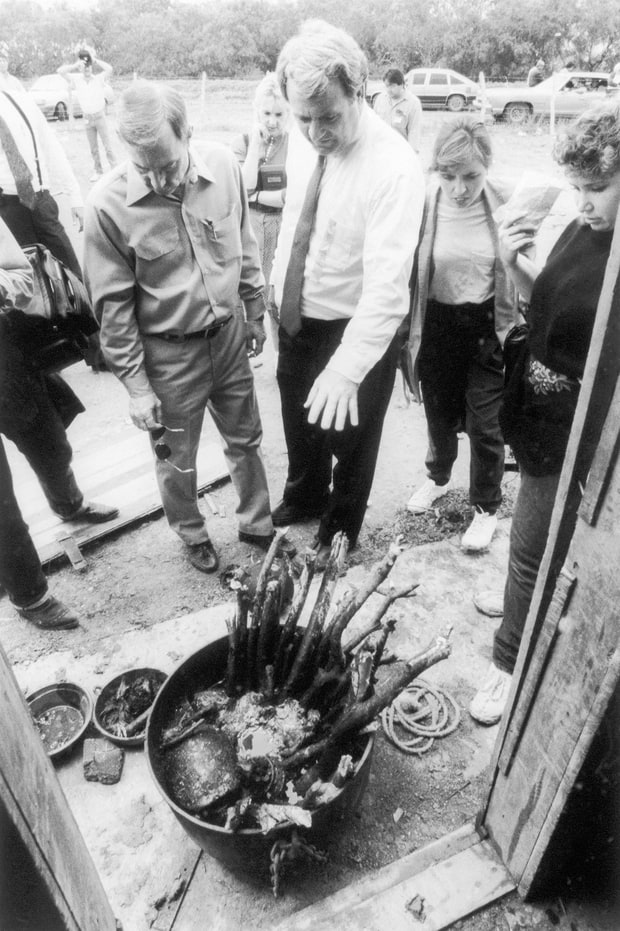 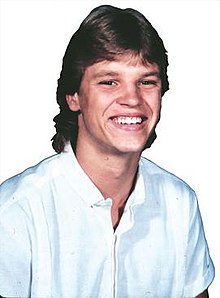 On March 14, 1989, University of Texas at Austin student Mark Kilroy was kidnapped in Matamoros, Tamaulipas, Mexico while vacationing during spring break. He was taken by his abductors to a ranch where he was murdered in a human sacrifice ritual. Kilroy was killed with a machete blow and then had his brain removed and boiled in a pot. His killers then inserted a wire through his backbone, chopped off his legs, and buried him at the ranch along with 14 other people who had been killed there before him. Adolfo Constanzo, the leader of the cult, told his followers that human sacrifice granted them immunity from law enforcement for their drug smuggling operations. The killing drew worldwide media attention and an international police manhunt because of the unusual circumstances of the crime.

After the bodies were discovered on April 11, 1989, Constanzo fled to Mexico City but was eventually tracked down. As the police surrounded his apartment complex, Constanzo died after ordering one of the cult members to kill him with a machine gun. Sara Aldrete, another high-ranking member of the cult, was arrested at the scene along with several others. In 1993, the cult members were found guilty of a number of charges, including capital murder and drug trafficking. Several of them, however, claimed they were not guilty of Kilroy’s murder and told the press they were tortured to confess. Source: Wikipedia

The lie of Satan continues…. Fox News – A Mexican folk religion involving human sacrifice and devoted to “Holy Death” is growing in popularity among drug traffickers and violent criminals, prompting Texas officials and the Catholic Church to warn about honoring the so-called “Saint Death.”

Authorities are speaking out about the religion devoted to La Santa Muerte, which translates to “Holy Death” and “Saint Death,” that has gained popularity steadily since the late 1980s among Mexican-American Catholics.

“She’s not a saint. There is nothing good that can come out of praying to her,” Sante Fe Archbiship John Wester said in February. “We have a lot of saints who represent the teaching of Jesus Christ. This is an aberration.”

Clad in a black nun’s robe and holding a scythe in one hand, Santa Muerte appeals to people seeking all manner of otherworldly help, from fending off wrongdoing and carrying out vengeance to people seeking protection for their drug shipments against law enforcement.

Devotees often use Catholic prayers and set up shrines in “her” honor. Read more of this article here.

A Violent Street Gang, Demons, and the Supernatural

Mysterious Universe – Demonic rituals and Satanism can be scary enough as it is, but it is all made even more terrifying when mixed in with the activities of one of the most infamous and scariest street gangs of recent times. Here within the life of crime, violence, and murder lie dark secrets involving sinister rituals and efforts to tame the forces of evil for their own demented ends. Here we delve into the territory of one of the world’s most infamous and horrifying crime syndicates, as well as their ties to demonic beliefs and attempts to summon things which lie beyond our current understanding.

The Mara Salvatrucha, also called simply Mara or MS-13, is a gang with humble beginnings. In the 1980s, the city of Los Angeles, California, in the United States, saw an influx of immigrants from El Salvador in the wake of the civil wars raging across Central America at the time. In this new environment these immigrants found themselves living in decrepit, poor areas where they were terrorized by the established and unforgiving Mexican and African American street gangs. In response to this imminent threat, Mara Salvatrucha was simply born as a method of protection, starting small but quickly growing in numbers until over the years the gang would reach tens of thousands of members and affiliates spread out all over the United States, Canada, Mexico, Central America, and beyond. From these humble roots the MS-13 has also become one of the most notorious and feared gangs in the world, creating alarm among both the public and law enforcement, and they just keep expanding.

Members of MS-13 are involved in all manner of criminal operations such as drug dealing and human trafficking, and are probably most known for their elaborate body and facial tattoos, their code of swift and merciless retribution, and their breathtaking use of decisive cruelty and extreme violence, which they see as a tool to send strong messages to those who would dare to oppose them. It is not uncommon for them to use rape, torture, brutal beatings, mutilations, and murder as tools of terror, both on those that have incurred their wrath and their families, and even those who simply have looked at them the wrong way. They are indiscriminate in their violence, targeting both adults and children with their bloody wrath. More little known and hidden in the murk behind the scenes is that the gang also has the apparent practice of attempting to use paranormal means to achieve their aims. According to insiders within the gang, MS-13 members have experimented with everything from using Ouija boards to extract information or gather names of who to target, to utilizing demonic rituals to go into trances in which they feel no pain and exhibit superhuman strength, to the full on summoning of demons, and even by some accounts the Devil himself. One former MS-13 member originally from Guatemala, who spoke to the New York Post writer Isabel Vincent for an article called I was an MS-13 gang member — and got out alive tells an interesting tale. In the article, the former gang member, referred to as “Speedy,” tells of his experiences with the gang and how he finally got out, weaving an intriguing story of sinister violence and redemption, and also providing a rare glimpse into the world of MS-13 from the eyes of one of its members. It is a very enlightening article, and among the tales “Speedy” has to tell is one account illustrating the gang’s use of supernatural forces, of which he says:

“Sometimes when we wanted to find out if people were snitching on us we would summon the devil. The devil for us was a symbol of protection. We used a Ouija board to call him. Once, the devil took over my body. I went into a crazy state. I didn’t know what was happening and it took ten members of the gang to hold me down. In a trance, some gang members would give up names of people to target. It was a loyalty test, and we called it ‘taking a soul.’ If the devil gave you a name, you had to go out and mess that person up. You had to take their soul.” Read the rest here.