It already IS. This is the War in the Spirit World—that has spilled over into the Physical World—and Demons are Manifesting in the Communist Anarchists Democrats!

Leviticus 20:6 “And the soul that turneth after such as have familiar spirits, and after wizards, to go a whoring after them, I will even set my face against that soul, and will cut him off from among his people.”

Leviticus 20:27 “A man also or woman that hath a familiar spirit, or that is a wizard, shall surely be put to death: they shall stone them with stones: their blood shall be upon them.” 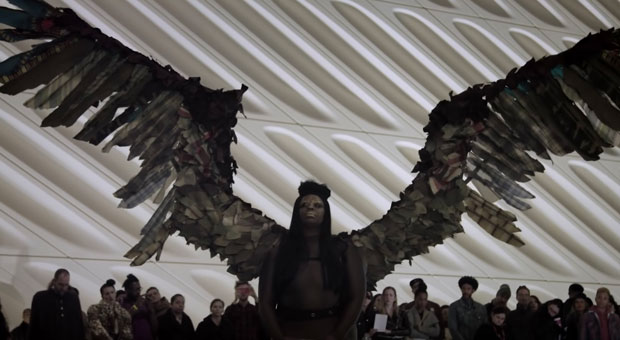 Black Lives Matter co-founder Patrisse Cullors has called for witchcraft and “invoking spirits” to be introduced to her supposed anti-racism organization.

Cullors, who previously declared that BLM was founded by “trained Marxists,” has admitted the movement is not just about “racial and social justice.”

According to Cullors, Black Lives Matter is, “at its core, it’s a spiritual movement” that involves “invoking spirits” with gifts and mantras until “those spirits actually become present with you.”

Sprits are invoked by repeating mantras, including the “say his name” phrase, “pouring libation” for the spirits, and presenting them with gifts “like honey or tobacco, things like that” until they manifest themselves and “work through” her, admits Cullors, one of BLM’s three founders.

“Maybe I’m sharing too much, but we’ve become very intimate with the spirits that we call on regularly, right,” Abdulla said to Cullors. 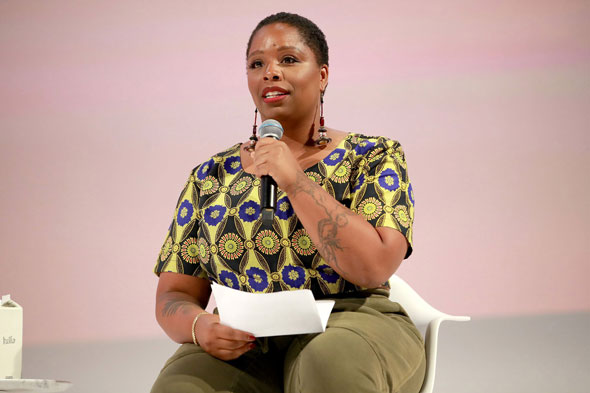 “Like, each of them seems to have a different presence and personality, you know,” Abdulla continued.

“I laugh a lot with Wakisha, you know.

“And I didn’t meet her in her body, right, I met her through this work.”

Cullors echoes the sentiments of Abdulla.

“It’s a very important practice, um, hashtags are for us, are way more than a hashtag, it is, um, literally almost resurrecting a spirit so they can work through us to get the work that we need to get done,” said Cullors.

“I started to feel personally connected and responsible and accountable to them, both from a deeply political place, but also from a deeply spiritual place,” Cullors continued.

“Always, you know, in my tradition you offer things that your loved one who passed away would want, you know, whether it’s like honey or tobacco, things like that,” the trained Marxist and BLM co-founder continued.

“And that’s so important, not just for us to be in direct relationship to our people who’ve passed, but also for them to know we’ve remembered them. Um, I believe so many of them work through us.”

Cullors also reveals that the very first thing BLM leaders do when they hear of a “murder” is to pray to the spirits and “pour libation.”

Again, she emphasized, this is “not just about racial and social justice.”

“At its core, it’s a spiritual movement,” she continued.

“You can’t pretend like that work is just organizing work.

The whole “say his name” mantra also has deep spiritual significance, according to Cullors.

“When we say the names, right, so we speak their names, we say her name, say their names, we do that all the time that, you kind of invoke that spirit, and then those spirits actually become present with you,” she explained, revealing something that many “protesters” attending BLM rallies were likely unaware of.

“Spirituality is at the center of Black Lives Matter, and I think that’s not just for us, I feel like so many, um, leaders and so many organizers, um, are deeply engaged and in a pretty, um, important spiritual practice,” Cullors continued.

“I don’t think I could I could do this work without that.

“I don’t think I could do it as long as I’ve done it, and as consistently.

“Um, it feels like if I didn’t do that it would be antithetical to this work.”

His conclusion is that the conversation proves top BLM leaders are involved in witchcraft, “summoning the spirits of the dead,” and engaging in other satanic practices that are condemned and strictly prohibited in the Bible.

“What they are describing is their adherence to the Yoruba religion of Ifa, to where they are summoning dead spirits,” Hamilton explained before getting into more depth about the occult pagan practices.

What Cullors revealed, Hamilton continued, is exactly what the Apostle Paul was referring to in Ephesians when he explained that Christians wrestle not against flesh and blood, but against spiritual wickedness. 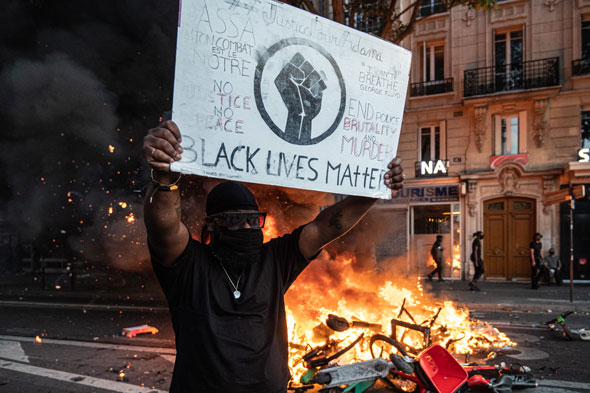 Quoting the Bible, Hamilton also noted the link between those who sacrifice children to demon gods such as Molech (abortion) and summoning spirits ( witchcraft).

Interestingly, the Yoruba were known for practicing human sacrifice until Christianity became more prevalent in the region.

The Bible is very clear about what is happening here, as consulting spirits of the dead is strictly prohibited. (See Necromancy)

Even before the audio became public, the true nature of BLM was becoming obvious for all to see.

In June, supposedly responding to a church’s giveaway of an AR-15, BLM activists terrorized black and white churchgoers alike in Troy.

A young mother and her very young children, as well as a black family, had to be escorted by church members through the screaming mob of BLM supporters.

The mob threatened to call Child Protective Services on parents in the church and started shrieking “save those kids” as families walked by.

At least one protester even threatened to torch the church.