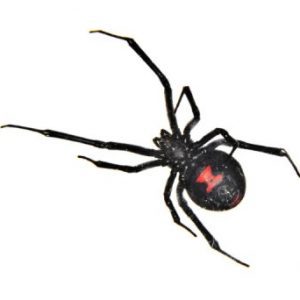 Dressed as a Clown to terrorize and then stabbed him repeatedly Telegraph UK – A young mother has been jailed for 11 years for stabbing her occasional boyfriend as they has sexual intercourse after texting him to say men should only be used as “human sacrifice”.  Zoe Adams, 19, has dressed up as a clown … Click Here to Read more 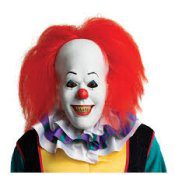 KTLA 5 – A 61-year-old man was holding out his thumb as if he was trying to hitch a ride while holding the machete coated in fake blood in his other hand, Monterey-area television station KSBW reported. “Two deputies contacted Larry, with their guns drawn, and eventually figured out what he was up to,” the … Click Here to Read more

A 31-year-old man in Virginia was arrested and charged with wearing a mask in public Friday after he was spotted walking around dressed as the iconic comic book super villain the Joker, police said.

No, not the Creepy Clowns in the Democrat Party, But the real Creepy Clowns who go round terrorizing. This time they were supposedly armed and chased children!

See the 5 part Series Send in the Clowns here

Interesting fact my editor reminded me of. Red Nose Day is Friday March 24th! This is related to the clown fetish so check it out! Police from West Mifflin and the City of Pittsburgh went searching for the men, as soon as the father of three of the children called 911. The search didn’t turn up any evidence.

These perverts that dress up as Animals are known as “Furries”.

BUCKS COUNTY (CBS) — Authorities in Bucks County PA. make an arrest in a fetish-themed child predator sex ring they say was going on for the better part of a decade.

Pennsylvania Attorney General Josh Shapiro said for the last seven years at least four men sexually abused a young boy at sex parties where the men would dress up like different animals.

“This child victim was repeatedly abused by a group of criminals who cared only about their gratification, they cared nothing about this young boy,” he said. “This is a horrendous case.” Rest of the article here.

Here is what these Perverts are and what they do. This is from Part 3 of the Series Send in the Clowns.  Do you remember those wackjobs?

More perversion and other Fetishes discovered – Part 3 Evil seeks to maintain power by Suppressing the Truth. Now that the truth is out of the closet and no longer hidden , the Church, God’s people are Running and Hiding from the Truth! Quit bowing to Baal and running from Ahab and Jezebel! Romans 1:16-23 … Click Here to Read more