“Transsexualism and milder forms of gender dysphoria are types of mental disorder.” 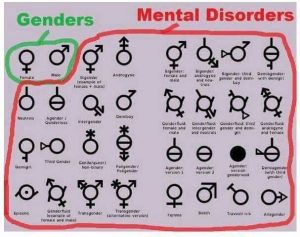 CNS News – Twitter recently locked the account of esteemed sexual psychologist Ray Blanchard, Ph.D.–apparently for posting that “transsexualism” and “gender dysphoria are types of mental disorder”–and then unlocked his account and apologized. But the social media giant declined to say whether it is okay for people to tweet that transsexualism is a mental disorder.

On May 11, Dr. Blanchard, a past president of the International Academy of Sex Research and member of the Sexual and Gender Identity Disorders Work Group for the fifth edition of the Diagnostic and Statistical Manual of Mental Disorders, responded to a question on Twitter about his “actual position on transgender people.”

Blanchard answered in a six-part post. In the first part, he wrote, “My beliefs include the following 6 elements: (1) Transsexualism and milder forms of gender dysphoria are types of mental disorder, which may leave the individual with average or even above-average functioning in unrelated areas of life.”