As if ads could not get any more perverted and satanic, Dating Site Match.com takes the cake. The message of Evil is Good and Good is Evil (Isaiah 5:20-21) is not subliminal any longer. Their SATANIC message is now in your face and to the point. They are pulling no punches!

Satan and 2020 are a perfect match in a new ad for dating website Match.com, the result of a unique collaboration between actor Ryan Reynolds and pop artist Taylor Swift.

From Reynolds’ Maximum Effort production company, the commercial plays out like any other app-date between two people who hit it off right away — except those people are the devil himself and the year in which we currently live, if it took on the form of a small brunette woman with grown-out highlights and a taste for athleisure.

Together, they bask in the slow crumbling of society, stealing toilet paper from public restrooms, watching movies in an empty theater, and soaking up all the fun of a deserted football stadium in pandemic-ravaged America.

“Okay so while my new re-records are NOT done, my friend @VancityReynolds asked me if he could use a snippet of one for a LOLsome commercial he wrote so…here’s a sneak peak of Love Story! Working hard to get the music to you soon!!” Swift tweeted on Wednesday.

For his part, Reynolds tweeted, “A match made in hell is still a @match.”

Taylor Swift has joined that dark side. This is not the first Satanic collaboration she has been involved in. She was a sweet country girl and has now sold her soul to the devil! 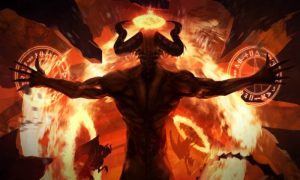 Everyone by this point, saved, Laodicean or lost, knows that we have crossed an unchangeable line, so much so that it is now appearing in commercials for a dating website like Match.com.

Online dating web site Match.com thought it would be funny, I suppose, to create a promotional video for their matchmaking services that shows a literal Satan going on a date with a woman named 2020, because that is exactly what they did on YouTube today. For those of us who know The Book, anything about this video strike you as funny? What it shows me is that 2020 is exactly the year we’ve been telling you it is, the year when the Spirit of Antichrist appeared over the whole world, because that is also exactly what happened this year.

The Spirit of Antichrist has arrived ahead of the appearance of the 666 man himself, and his presence though as of yet unseen is keenly felt. Everyone by this point, saved, Laodicean or lost, knows that we have crossed an unchangeable line, so much so that it is now appearing in commercials for a dating website like Match.com. If you don’t know what I’m talking about, then I guess you’re new to this planet, so here are a few links to get you up to speed.

I will give the creative team that handles the Match.com marketing account credit for one thing, though, they unwittingly proved everything we’ve been telling to be correct. 2020 did indeed fall in love with Satan, and after we get out of here on Flight #777, the whole world will wonder after the Beast. In the meantime, pour yourself a frothy hot chocolate, and and enjoy this ‘Match Made In Hell’ video from Match.com. Aren’t you glad that you won’t be going there?

A Match Made in Hell! I took the match ad and made a video of it.

2nd Corinthians 11:13-15 “For such are false apostles, deceitful workers, transforming themselves into the apostles of Christ. 14 And no marvel; for Satan himself is transformed into an angel of light. 15 Therefore it is no great thing if his ministers also be transformed as the ministers of righteousness; whose end shall be according to their works.”

2020 is the year of the return of the fallen. It is a time when GOOD has been declared to be EVIL and EVIL has come to be accepted as GOOD.  Paganism has exploded worldwide.

The Match.com ad is just an outgrowth of what is already happening in our postmodern society.  If you have not been paying attention, women all over the world are claiming to have sex with angels/demons/spirits/ghosts.  Not just famous people, regular people.  Not just women either, though mostly women speaking out.  This is the EXACT same thing that went on in Genesis 6:4.

This New Fetish Will Leave You Speechless and Ready to Leave This World...

Katy Perry admits she sold her soul to the Devil!

Stars like Katy Perry, Gaga are promoting this demonic practice.  The media is the Devil’s greatest tool for recruiting.  Young people idolize and imitate their favorite STARS.  The sad truth is that most of those “STARS” are demonized themselves.  Everything that they do is inspired by demon spirits. YOU are the target.  There is power behind these things.  REAL SUPERNATURAL POWER.  Power to seduce and deceive YOU.  TO SUCK YOU IN.

spacer
AN EPIDEMIC OF SEX WITH SPIRITS

To Watch This Video on BITCHUTE:CLICK HERE 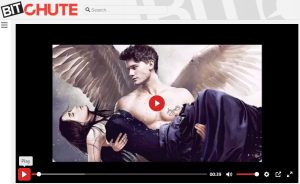 Patti Negri whose psychic practice is based in Hollywood, says  SPECTROPHILIA is “hardly as outlandish as it might sound. I’ve come across this for years,” she says. “I have clients literally worldwide that have had this experience. It’s not that uncommon.”

You can find references to sex with angels/demons/ghosts/spirits throughout history.  Many believe it started in the Garden of Eden.  Demons are 100% focused on sex.. WHY? Because they want to destroy mankind.   They want you to fail to find salvation, by keeping you in sin.  The Lust of the Eye, the Lust of the FLESH and the PRIDE of life.

BE ADVISED!  The time of GRACE is coming very close to the end.  GOD drew the line in the sand and you have had time to make your choice.  When GOD the Father says that time is up, there is no more GRACE.  Those who have not yet made a choice to accept GOD’s plan, will be partakers of the same fate as the one they CHOSE.  You need to read Luke 21.   It is your warning of what is to come, and very soon.   This is no time to play with the DEVIL.  Even if you FEEL LUCKY.

As a society, we have lost our way. Have we gone so far down the sewer pipe that there is no chance of getting out?  Can America, as a whole, pull itself out of the mire?  America, and most of the world, has become so perverted and despicable, it may rival Sodom and Gomorrah!  If GOD does not punish us, he would be unjust.